Fort Wilkins’ dead are not forgotten 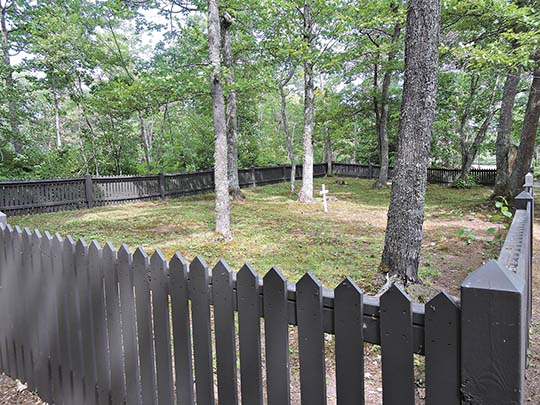 Graham Jaehnig/Daily Mining Gazette Although there is one white cross, located in the middle of the the Fort Wilkins Post Cemetery, there are four recorded graves, four military and one civilian. On July 26, a ground penetrating radar survey of the property will begin that will provide the exact locations of the graves without disturbing the soil, or the graves.

Michigan Technological’s Social Sciences’ Industrial Archaeology Department will search for a number of graves that are known to be in the fort’s post cemetery.

“It’s not necessarily in conjunction with the 175th anniversary of the fort,” said James, “but it’s been on our project list for several years, and we are finally getting around to making an effort to locate where there are grave sites within the Fort Wilkins cemetery.”

James said it is known that at least four people are buried in the cemetery, but the exact locations of the burials are not known.

Using the technology of ground penetrating radar, the archaeology personnel can search for the graves without disturbing either them or the ground.

Tim Scarlett, professor of Industrial Archaeology, will direct the project. Scarlett has conducted other cemetery projects in the region, Barry said.

“We felt they were a good agency to approach for this project,” he said.

Part of the funding has been provided through the Fort Wilkins Natural History Association.

“They will be putting some funds toward the project,” Barry said, “so, Michigan Tech can purchase and upgrade their computer equipment.”

The four known people in the cemetery are: Private John Summers, aged 35, of England, died of disease on Jan. 7, 1845; Private Joseph Lubbert, aged 31, born in Hanover, Germany, died of delirium tremens on Sept. 1867; and Private William H. Simester, aged 42, of Townbridge, England, who died on Jan. 8, 1869 of exposure.

One civilian is also buried in the post cemetery. Five-year-old Willie Grose, daughter of Post Laundress Jane Grose Hanrahan, drowned in Lake Fanny Hooe in 1869, who, because he was popular among the military garrison, was buried with full military rites.