Calumet peps up for Hockeyville game 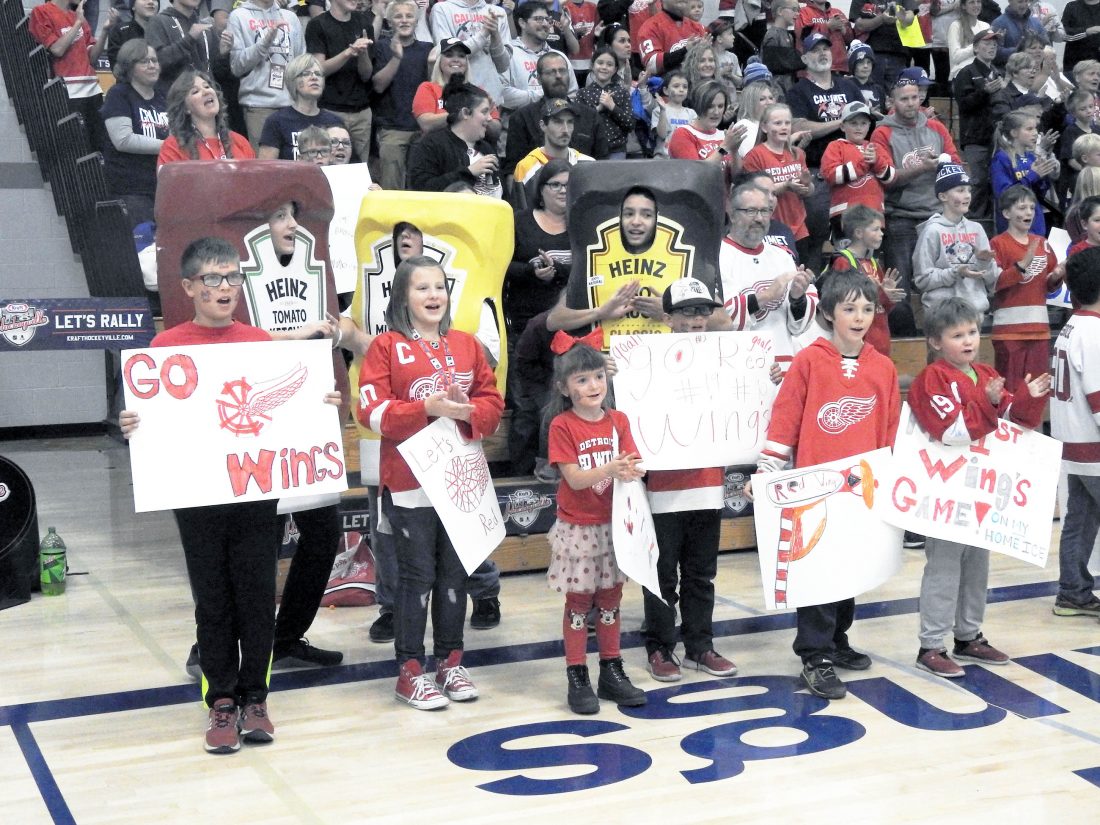 CALUMET — With three hours to go until the Calumet Colosseum hosted the NHL’s annual Hockeyville game, those lucky enough to score a ticket were already pumped.

Decked out in Red Wings and Blues (but mostly Red Wings) shirts, the crowd cheered on mascots and fellow audience members in the hour-long rally.

Jennifer Desotelle of Menominee and Isaiah Sutinen of Laurium wore matching Red Wings jerseys. Having an NHL game — Desotelle’s first — in the Keweenaw is a once-in-a-lifetime experience, they said.

“It’s really special, and this community is so deserving of it, because it’s a big hockey community, and the Colosseum’s older,” she said. “They deserve to have the upgrades to their rink, and we voted really hard to get it here.” 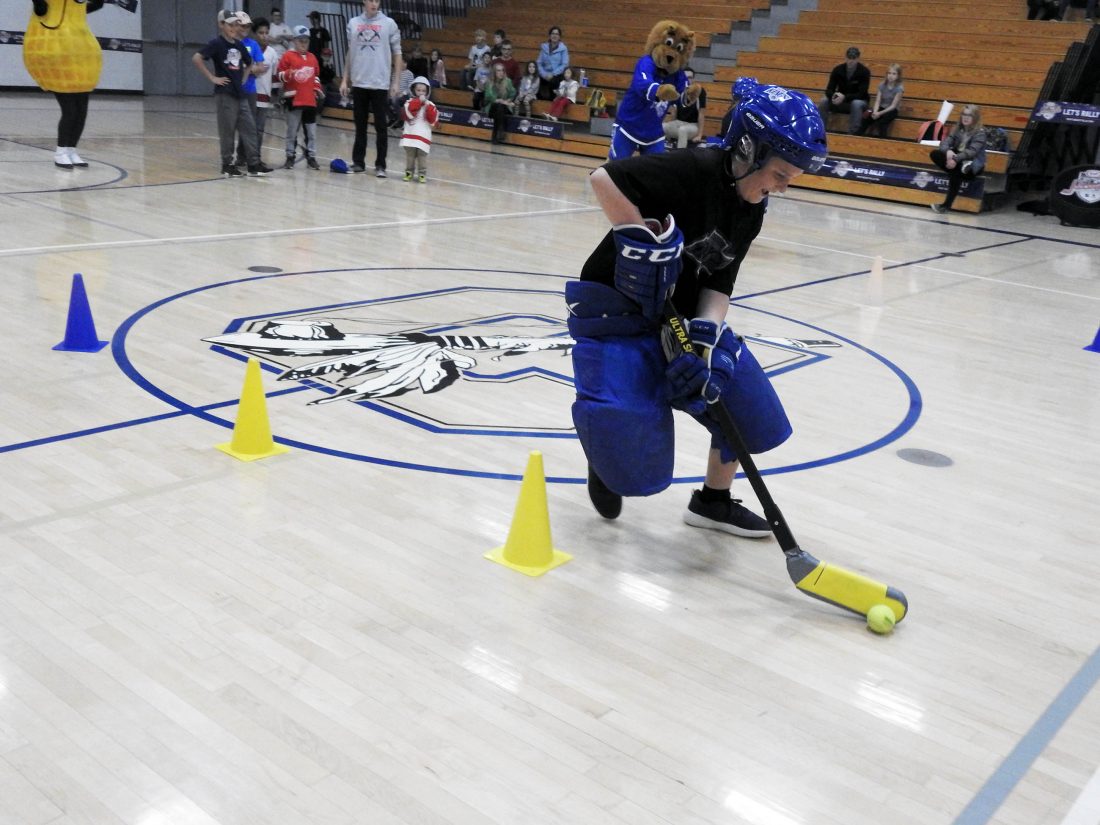 Children in the crowd descended from the stands for a series of floor hockey matches. Heinz ketchup and mustard mascots were the goalies of their respective teams.

Others were pulled for a relay event. They spun around with a hockey stick five times to induce delirium, threw on a hockey uniform, then used deft stickwork to pilot a ball between a series of cones.

One relay member was Keith Billeck, a ninth-grader from Calumet. He got a ticket to Thursday’s game as a member of the Calumet Hockey Association.

“It’s awesome, because I’ve been playing here my entire life,” he said. “When I was 3, I came here to learn how to skate.”

He also got to fist-bump players on their way to a question-and-answer session earlier in the day, including his favorite, Red Wings center Dylan Larkin.

The crowd voted by applause on the winner of a mascot dance competition, starring Mr. Peanut; the Oscar Mayer weiner; Heinz ketchup, mustard, and barbecue sauce; and Finlandia University’s Riku the Lion. The hometown lion won.

The rally concluded with one final event before fans made their way to the Colosseum: the playing of Calumet High School’s fight song.