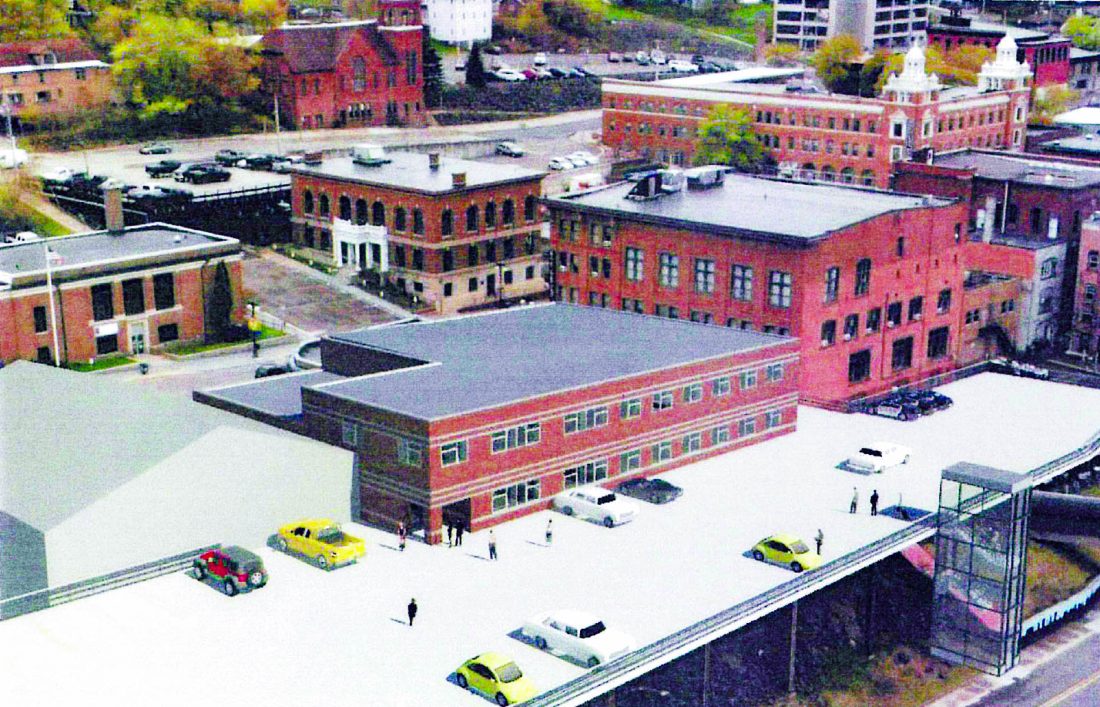 (Renderings provided by City of Houghton) Renderings show potential one- or two-story city centers next door to the current building, for which the city has received a sale offer from one of its tenants.

The city received an offer from Midwest Loan Services, a tenant in the building that is looking to expand. It has been in its current building since 1991.

Houghton could still reject the offer, Waara said. However, he said relocating could enable the city to configurate the new space in a way better suited for city operations, which he said are inefficient in the current building.

One option is moving to the space next to the city center currently being used as a parking garage, behind Subway. Council members received renderings for one- or two-story buildings on the site. With the two-floor option, the city would be able to rent the top floor out to a tenant, Waara said.

“There may be a possibility for us to essentially tear that down and come back up with a new city center that’s got parking below it, adequate room for the police operations in that building, and then look at making some significant parking improvements to the area where everybody already parks in the back,” Waara said.

The new location could add a net 75 to 100 parking spots, potentially doubling what is there, Waara said.

Proceeds from the sale of the building could be applied towards the cost of the new one, Waara said. However, the city still has to pay off debt related to energy improvements made on the building through Honeywell.

The city had previously considered the former Kirkish building, located at the west end of Shelden Avenue. Potential co-location with county offices could also be a long way off, Waara said. However, the city may be better served by staying in a central location, Waara and Police Chief John Donnelly said.

“Even in the movies, they always say ‘We’re going to bring you downtown for questioning,'” Donnelly said.

Waara said the new building could include eco-friendly measures such as a green roof and solar panels.

The offer will be discussed further internally before being brought to the city council, Waara said.