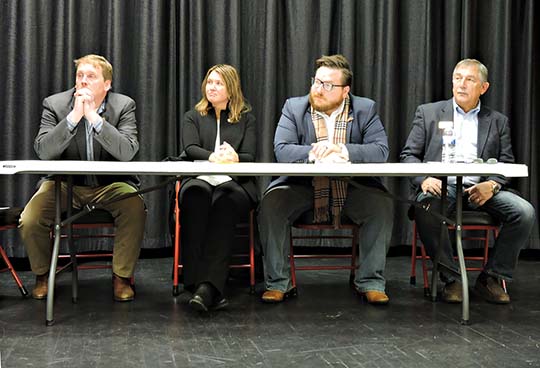 MARQUETTE — While the Michigan Department of Health and Human Services (DHHS) has announced its intention to shift more of Medicaid prescription drug costs to low-income recipients, Michigan is not the only state to feel the effects of skyrocketing prices of prescription drugs and medications.

In May, the Kentucky Attorney General Andy Beshear filed lawsuits against the three major insulin manufacturers for price gouging, accusing them of violating the state’s consumer protection law, according to The Hill.

Beshear said Eli Lilly, Sanofi and Novo Nordisk have increased the cost of insulin products at least 10 times since 2008, with the average now sitting at almost $300. At the same time, according to Beshear, production costs for insulin have remained low — less than $7 per vial, in most cases.

State Representative Sara Cambensy, D-Marquette, introduced a bill in Lansing this past summer that, if passed, would cap the cost of insulin at $100 for a 30-day supply, regardless of the amount or type of insulin needed to fill the prescription.

A companion bill, introduced by John Chirkun, D-Roseville, and Cambensy, would task the Michigan Attorney General (AG) with investigating, and issuing, a report on insulin pricing practices and policy recommendations for preventing overpricing. That legislation was referred to the House Government Operations Committee. The Government Ops Committee, said Cambensy, is where bills are sent to die.

“Because one in 10 people in Michigan is diagnosed with diabetes,” Cambensy said during a panel discussion in Marquette last Saturday, “and we know the vast majority uses insulin, this does put pressure on my colleagues to pay attention to it. I’ve been promised a hearing on my bill.”

Colorado recently passed a bill similar to those introduced by Cambensy and Chirkun.

Several organizations have conducted in-depth studies on the price increase for insulin.

The November 2019 Public Citizen’s Health Letter states that a January 2019 study by the Health Care Cost Institute in Washington, DC, found that the annual gross insulin cost for patients with type 1 diabetes in the U.S. essentially doubled from $2,864 in 2012 to $5,705 in 2016. During this same period, the average amount of daily insulin use for these patients increased by only 3%.

The Right Care Alliance also reported that Eli Lilly, Sanofi and Novo Nordisk currently mark up the price of their insulin products by as much as 5,000% above the actual costs of manufacturing the drugs.

As Cambensy had pointed out, however, the response to her bill from insurance companies was quick, as were campaign contributions from for-profit health care organizations,Pharmacy Benefit Managers, and drug companies, to committee members, to have the bill delayed or killed.

“So, it’s very real. Money is what’s used to stop bills like this, whether it’s at the state level or the federal level,” said Cambensy, “and the only thing, honestly, that is scaring the heck out of my colleagues downstate, is that there are so many diabetics; in every district — 10% of their vote is coming directly from diabetics, and that’s what’s making them realize they have to at least give my bill a hearing, and if they don’t accept moving my bill forward, we have to come up with some other compromise.”