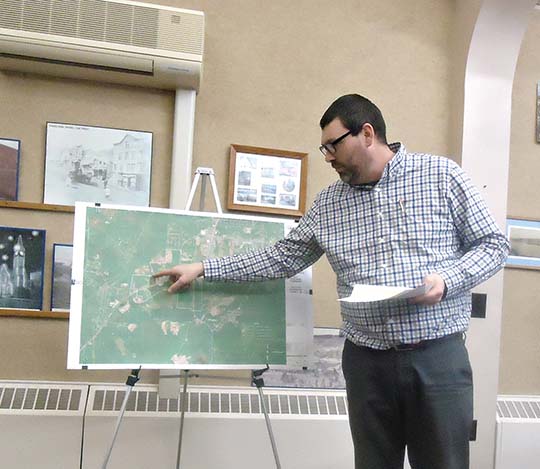 PORTAGE TOWNSHIP — The Portage Lake Water and Sewage Authority will be expanding service to parts of Houghton and Portage Township along the Green Acres Road Corridor after approval by local municipal governments.

The issue was recently voted on and approved by the Portage Township Board and the Houghton City Council. Hancock’s City Council also voted on the change as a member of the PLWSA. The change, which required an amendment to the contract under which the PLWSA provides the service to the area, will add an additional 50k gallon capacity to the system.

The maximum capacity exceeding the required capacity is a standard precaution undertaken by the PLWSA.

The area in question is comprised primarily of residential homes but also includes the Festival Foods location and the future Meijer’s location as well as about a half-dozen other businesses. The area is an area of high development but currently has outdated waste water systems and a high water table, according to Portage Township Supervisor Bruce Petersen.

“Over the years, there have been a number of banks not lending to potential buyers because of the outdated septic systems,” Petersen said in a phone interview.

Despite the high-traffic area, little disturbance is expected to be caused by the addition.

“It’s mostly directional drilling, so there won’t be any machines tearing up big sections of road or anything,” said Peterson. “There might be some traffic detours as large pieces are brought in, but that’s about it.”

Hancock Mayor Paul LaBine expressed concern over who would take responsibility for the additional flow rate. In addition to flow rates being a “pet interest” of LaBine’s, there was concern that Hancock could end up paying higher sewage rates without directly benefiting, though this is not the case.

“It may, in a sense, help you a little bit because it would lower your percentage [of total water treated],” said Holmes.

Now that all of the member municipalities of the PLWSA have approved the addition, a request for proposals will be sent out next month with construction to start in the spring, according to Petersen.