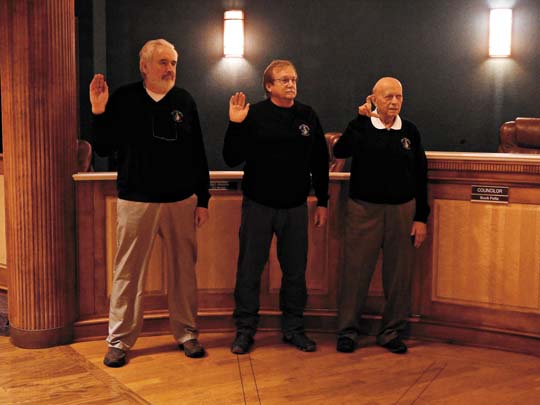 HOUGHTON — The leadership of Houghton’s City Council will look the same over the next two years.

The council re-elected Bob Backon as mayor and Robert Megowen as mayor pro tem in Tuesday’s reorganizational meeting. Both were chosen 4-0 to serve two-year terms.

Backon praised the work the council has done.

“I plan to keep everything going forward the way it is,” he said. We’ve got a great staff and a great organization.”

Megowen, Backon and Councilor Daniel Salo were also sworn in at the meeting after being re-elected on Nov. 6. Councilor Mike Needham, who was also re-elected but could not attend Tuesday’s meeting, was sworn in earlier Tuesday, City Manager Eric Waara said.

There were no revisions to the council’s rules of procedure and policy.