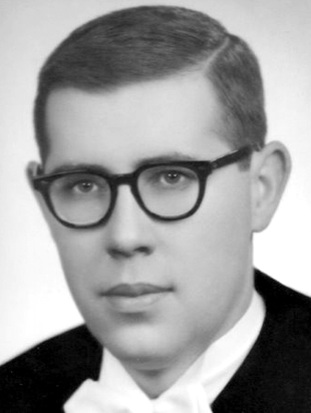 HOUGHTON – Frederick N. Johnson, 79, of Houghton, passed away at UP Health System-Marquette Hospital on Sunday, February 19, 2017, at the conclusion of a long illness.

Fred was born on July 30, 1937, to the late Clarence and Bertha (Poisson) Johnson in Detroit.

He is survived by his wife of 55 years, Audrey (Smith) Johnson; his sons, Fred and Craig; and daughter, Kelly (Miles) Ervin.

He was the youngest of three children and is predeceased by his sisters, Donna and Doris.

Soon after completion of law school and bar examination in 1964, Fred relocated to the Copper Country, where his parents had their roots. He served the community for many years as an attorney.

Fred was a member of the Church of the Resurrection in Hancock.

He was a gentle person and will be greatly missed by his family, who all loved him very much.

Stream fishing for trout and salmon were a life-long passion for him, as was an appreciation for Michigan’s outdoors. Those interests were seconded by spy-adventure stories.

All ceremonies will be private and will be held at the O’Neill-Dennis Funeral Home in Hancock.

In lieu of flowers, other expressions of sympathy may be directed to the Omega House, 2211 Maureen Lane, Houghton, 49931 in the name of Frederick N. Johnson.