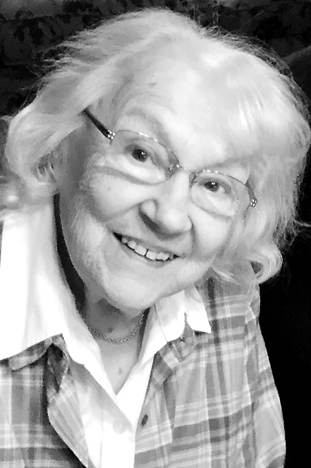 L’ANSE — Mary Antoinette Bertie, 88, of L’Anse, passed away peacefully with her family by her side, on Tuesday, December 18, 2018, at Baraga County Memorial Hospital, in L’Anse.

She was born in Copper City, on June 13, 1930, the daughter of the late John and Agnes (Stimac) Fausone.

Mary was raised in Hurontown and attended St. Ignatius Catholic School, kindergarten through 8th grade. She graduated from Houghton High School in 1948. She then attended the former Suomi College in Hancock.

Following college, she moved to St. Paul, Minnesota. She met William Bertie, and they were married in Bend, Oregon, in 1955. They moved to Wakefield and then to L’Anse.

Mary was employed at the former Celotex Corp. in L’Anse as executive secretary to the plant manager, until her retirement.

Mary was a member of Sacred Heart Catholic Church, in L’Anse.

She enjoyed cross word puzzles, traveling, watching Jeopardy and going to the casino. In her younger years she was a league bowler in Wakefield and enjoyed playing softball for L’Anse’s Kissel Kuties. Mary loved spending time with and spoiling her grandchildren.

She was preceded in death by her parents; her husband, William in 1989; her sister, Angela; and her brother, Tony.

A private service is being held for the family. A graveside service will be held for friends and relatives in the spring.

Mrs. Bertie’s obituary may also be viewed and condolences sent to the family at reidfuneralservicechapel.com

The Reid Funeral Service and Chapel, L’Anse, has been entrusted with the funeral arrangements.