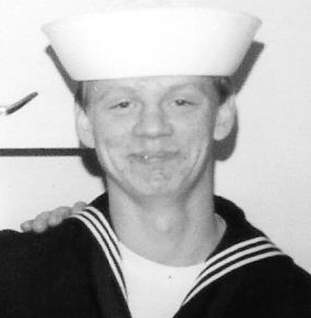 He was born on September 8, 1962, to the late George and Esther Kilpela. He graduated from Baraga High School in 1980 and then served in the United Stated Navy from 1880 to 1983. Charles had a variety of jobs until illness forced him to retire.

He enjoyed fishing, and camping out, and he was an avid Packer fan. His friend, Pat Puska, was with him as they threw back a few beers, both enjoying playing pinochle and cribbage. Charlie always said, “See you later.” He will be missed for his kindness, gentle soul, and his smile.

Besides his parents, he was also preceded in death by a brother, Randal “Sonny” Kilpela; nephew, George DeRosier Jr.; and great nephew, Jay Stevens, Jr.

He is survived by brothers, Michael and George (Sandra) Kilpela; and a sister, Lynn “Sissy” (George) DeRosier. Numerous nieces, nephews, and cousins survive, along with a special great-nephew, Brett Stevens.

Burial with military honors from the Copper Country Veterans Association will be held at the Elo Cemetery on Friday, May 17, 2019 at 2 p.m. All are welcome.

The O’Neill-Dennis Funeral Home of Hancock is assisting with the arrangements.