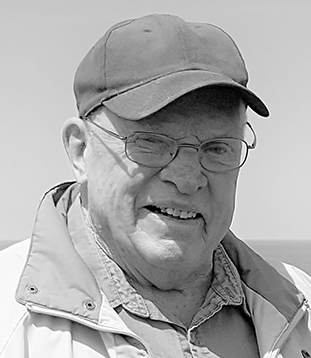 MOHAWK — Ezra “Esh” Carl Haataja, 93, a resident of Mohawk, and more recently the Bluffs and Omega House, passed away on Saturday, May 4, 2019.

Ezra was born on June 3, 1925, the son of Henry and Elizabeth (Vayrynen) Haataja. He attended Calumet High School, graduating with the Class of 1943.

He married Marlene Nordstrom in July of 1953. Marlene preceded him in passing in July of 2012. Together they had three children, Ronald, Michael and David. Michael passed away on May 27, 2016.

He was an active member of Bethany Lutheran Church in Mohawk.

He was preceded in death by his parents, brothers and sisters.

He is survived by his sons, Ron (Lynn) of Texas, and Dave (Linda) of South Carolina; and one grandchild, Heather Haataja.

A memorial service will be held on Wednesday, May 15, 2019 at 1 p.m. in the Bethany Lutheran Church in Mohawk with Pastor Tim Johnston to officiate.

Burial will be in the Calvary Cemetery in Ahmeek.

Online condolences can be left for the family at ericksoncrowleypeterson.com.