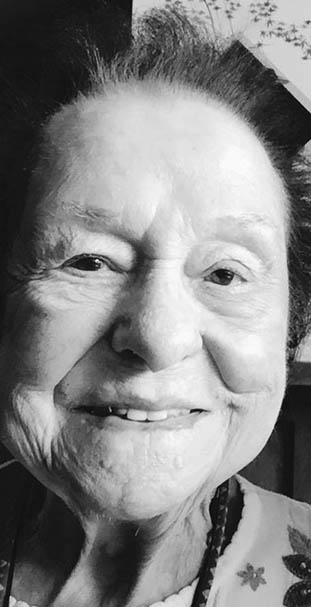 NEW YORK, NY. — After a long life of work and adventure, Hattie Stenson left us on October 25, 2019, at her Seattle home.

Born Ydvega Machulski on April 4, 1924, in Painesdale, Hattie lived in Kenosha, Wisconsin, with her mother and four sisters until adopted by Kathryn and Philip Vertnar when she was 6. She was a very good student and graduated from Jeffers High School in 1940 at the age of 16. While still too young to be admitted to advanced studies, Hattie and her mother traveled to Detroit and worked in the airplane factories. She would tell her daughters later of holding the rivet gun, while a partner held a bar behind the wing flaps they were constructing for bombers.

Hattie was anxious to be a part of the war effort and signed up for nurses’ training as soon as she was 18. She trained at St. Joseph’s in Hancock but didn’t earn her RN until the war was over, so was never called to serve. Hattie married Robert (Bob) Stenson on June 12, 1948. He was active in the Calumet Elks, and Hattie was soon a Charter Member of the Calumet Lady Elks. For a time, Hattie was a full-time wife and mother to four daughters, Judy (Mel) Hendrickson of Leesburg, Florida. Betty (Mel) Suhre of Tickfaw, Louisiana, Maggie (Clint) Pehrson of Seattle, Wash., and Mary (Rick) Sepler of Bellingham, Wash.

As her daughters grew, Hattie returned to nursing, doing private duty at first, then eventually becoming a full-time Public Health Nurse. She visited many patients in Houghton and Keweenaw Counties, and ran the TB Clinic in Hancock.

In 1986, Hattie reached retirement age. Bob had passed away, and she still felt as though she ‘owed’ the country for her education. She sold her home and joined the Peace Corps in order to ‘give back’ and repay that debt. She served her tenure on the Caribbean Island of Granada, working in a Public Health Clinic. She returned afterwards to Calumet in 1989, and worked on many Elks, civic and theatrical projects. She was honored with the Finch Community Service Award in 2006. In 2007, health concerns created a move opportunity to Upstate New York, where she lived with Betty and her family. In 2011, she moved to an assisted living community in Seattle to be near Maggie and Mary.

Hattie is survived by her daughters; one sister, Helen Hughes of Montello, Wisconsin; nine grandchildren, scattered from Seattle to London, England; and three great-grandchildren.

There will be a party to celebrate her life next July in Calumet. The family requests that remembrances be made in her name to the Calumet Theater, the Coppertown Mining Museum or the Aspirus Keweenaw Auxiliary.