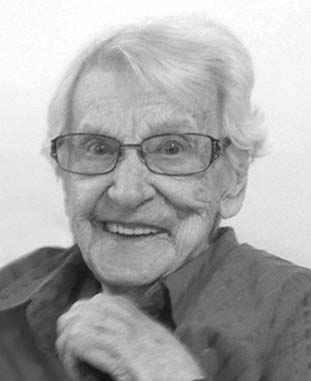 Marge was born on June 25, 1926 in Franklin Township, a daughter of the late Yalmer and Hilma (Koikka) Moilanen of Oneco Location.

She worked at the Scott Hotel in Hancock as a waitress where she met her husband, Michael T. Sorochman while he was on leave from the Air Force.

She also worked at Sanders in Detroit for some time.

Preceding her in death were her parents; her husband, Michael Sorochman; brother, William Moilanen; sisters, Joanne Carlson and Ruth Haischer; and one granddaughter, Kelly Knudtson of Green Bay, Wisconsin.

A graveside service will be held in the summer at the Lakeside Cemetery in Hancock.

Arrangements are being handled by the Jukuri-Antila Funeral Home of Hancock, Antila Funeral Service Inc. Online condolences may be expressed to the family at antilafuneral.com.