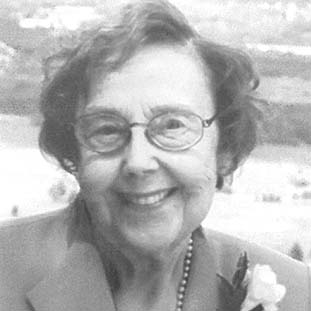 She was the loving and devoted wife of the late Karl (Matt) Hyypio to whom she was married to for 62 years. She lived a rich and rewarding life with her husband. They spent most of their married life in Michigan, but also lived in Wisconsin and Florida.

Evelyn was born in Hancock, to the late Paul and Lempi Metteri. She was raised in the Upper Peninsula of Michigan, graduated from Chassell High School and was the youngest of three children.

For those who were fortunate enough to have their lives touched by her, they would say that she was a kind, giving and sensitive person. She spent her time on earth being a loving wife, mother, sister, grandmother, aunt, and friend. She also found pleasure and comfort in their family pets.

Among her favorite things were her grandchildren, knitting, music, crossword puzzles, volunteering, and helping others. She was a life member of the Ladies Auxiliary of the VFW. Evelyn also enjoyed cooking and baking for family gatherings. Family favorites included her chocolate cake, crustless pumpkin pie and pineapple upside down cake.

A memorial service will be announced later. Those wishing to make donations may do so in her name to the American Heart Association.