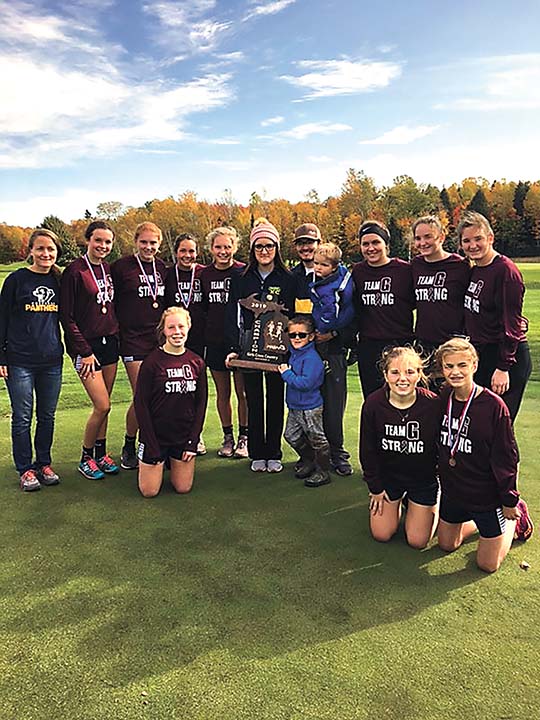 MARQUETTE — It was a day worth celebrating for the Chassell and Hancock girls here Saturday as they earned championships in the Upper Peninsula Cross Country Finals.

Chassell, which placed four among the Top 8, gained their third straight Division 3 title and won for the fifth time in six years with 36 points. They were followed by Mid Peninsula 73 and Cedarville 90.

Hancock repeated as D-2 champion with 34 points, followed by St. Ignace 56 and Ishpeming 84.

“We lost three girls from last season, but gained three girls,” said Hancock’s Jennifer Smith, who previously coached in Ohio. “They absolutely pulled it together and did what it took. Four of our girls were playing volleyball and four were always running. We knew St. Ignace was our competition and Ishpeming had some good runners. This is my first year coaching cross country up here. I jumped into an already great program, and we want to keep it going.”

“I just stayed right behind her (Cota),” said Kilpela. “She’s a good runner. I passed her in the last mile and knew I had to keep going. It feels great to be part of a championship team. We were running against good competition all year and that pushed us a lot. All our girls did well.”

Seagren and Prusi went the wrong way after missing a turn, then avoided disqualification by retracing their steps.

“It was a relief for sure,” Seagren said after receiving word she and Prusi weren’t DQd. “We didn’t know what was going to happen. I was happy for Talon, especially with this being her senior year. It was sad for her for a while. This was probably my best race of the year. Now, I know I can do it. I really appreciate the competition. Everybody really pushed it. I think our team did well. We had pretty good conditions. It was a little windy, but it wasn’t too bad.”