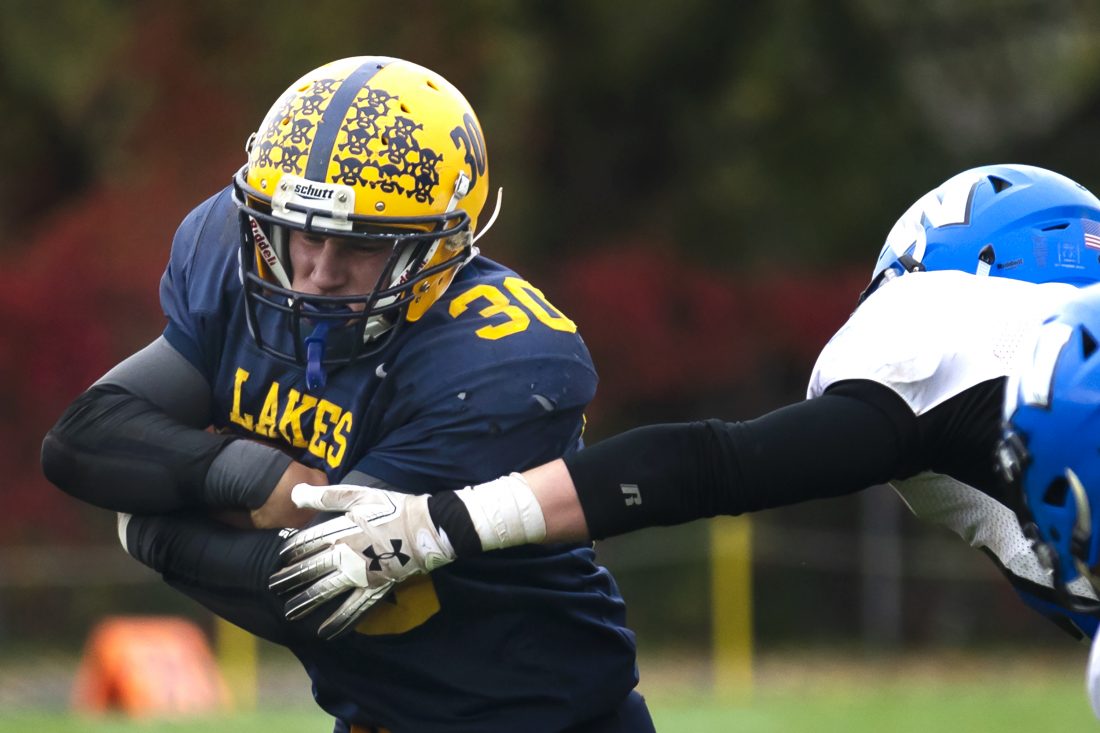 Nathan Thomson led the Wykons with 133 rushing yards and three touchdowns on 17 carries. His success came even after some Wykons’ injuries forced head coach Mike Berutti to shuffle personnel.

“We had to change a few things up. We had a few injuries that factored into how we ran our offense,” Berutti said. “There was a little bit of drawing it up in the dirt, but Nathan, I’ll tell you, is an athlete. He carried the ball and he’s got good vision Lake Linden put — I think it was eight guys on the line. Sometimes it was nine, 10 guys in the box. He made some great cuts and very happy with the way he performed.”

Lake Linden-Hubbell (3-3) fell to a 24-8 deficit before a late fourth-quarter TD made it an eight-point game with a minute left. The Lakes tried an onside kick, but it didn’t roll 10 yards and the Wykons took possession and eventually wore out the clock.

West Iron County (5-1) was slow to start with mistakes. The Lakes’ defense also found ways to keep the Wykons’ offense from rolling. 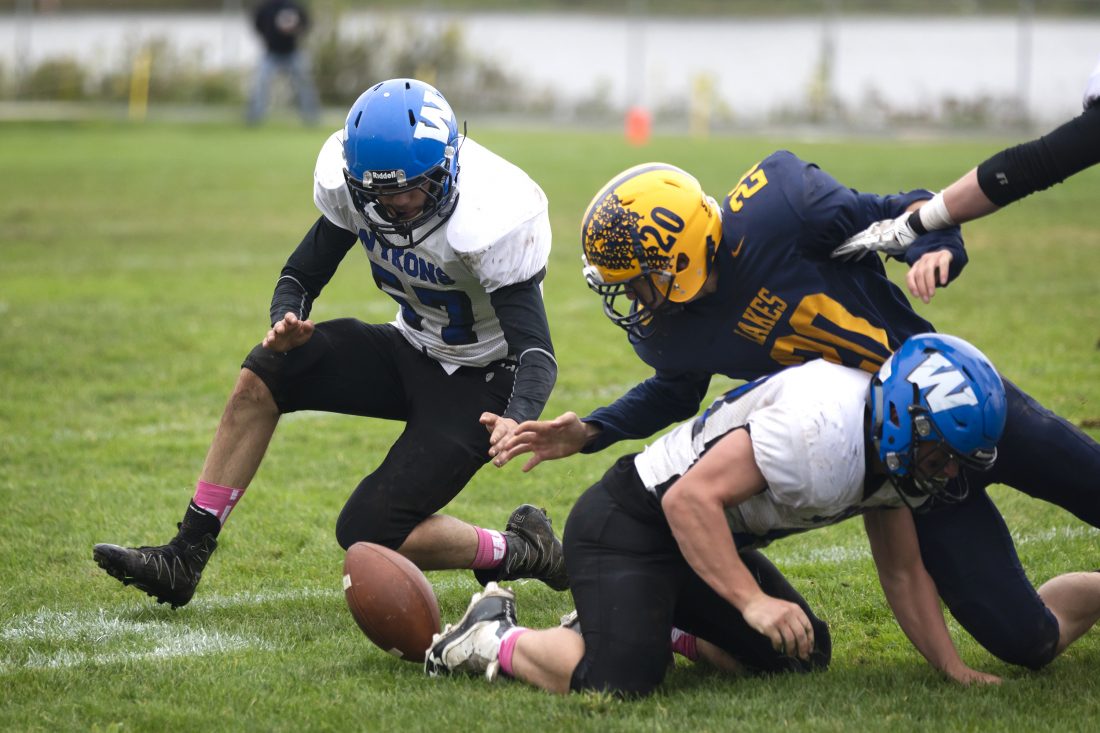 The Wykons had a touchdown run negated by a penalty before the Lakes took a punt and scored at the end of their first drive. Lake Linden’s Caleb Gregoire punched it in from a yard out with 4:34 left in the first.

From there it was all Thomson and the Wykons, who scored 18 points in the second and third quarters combined while shutting out the Lakes.

Thomson added another score in the second quarter from 13 yards out for a 14-8 lead with three minutes before the half. He added a 64-yard reception from quarterback Trey Bociek with three seconds left in the third quarter.

Spanish exchange student Mario Fidalgo made a 25-yard field goal five minutes before the 64-yard touchdown in the third. Fidalgo added an extra point after the long touchdown pass. 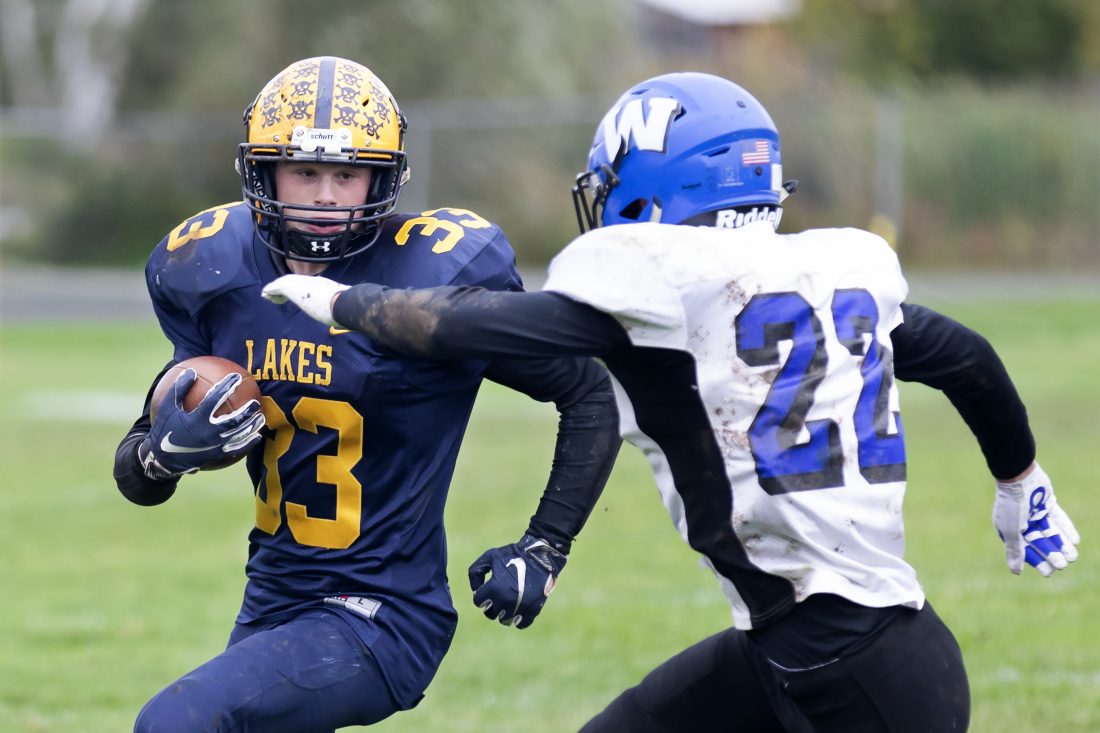 “Our tackling was just poor. Our tackling was very poor,” Lake Linden-Hubbell head coach Andy Crouch said. “Their two long touchdown runs, we had him wrapped up by five, six guys and that’s something we have to get better at. Hopefully we can get a win next week.”

But the Lakes didn’t give up. A fourth-quarter drive lasting just over a minute as Caleb Gregoire scored on a 35-yard run.

“It made things interesting. I think people were getting up to leave and thought it was over,” Crouch said. “Then our guys put together a good little drive, which is good to see. They’ve been fighting all year and that’s the attitude we’ve gotta have — you can’t give up. It was interesting there at the end.” 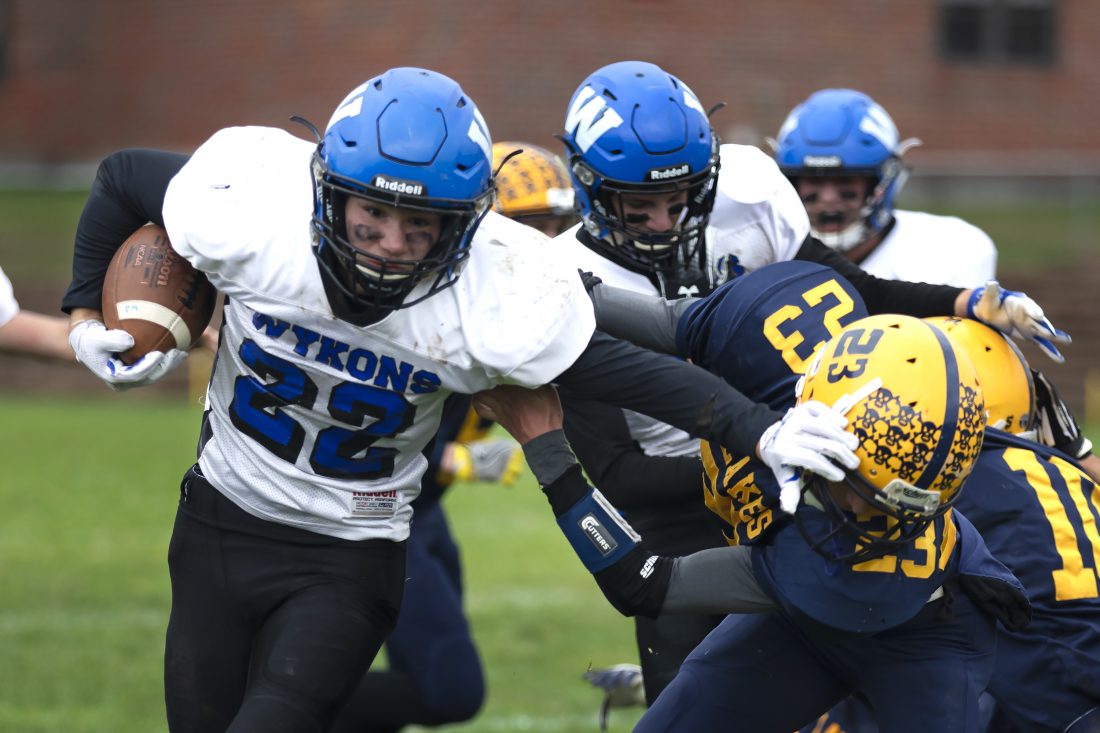 The win puts the Wykons closer to their fourth straight playoff appearance. West Iron County lost a state quarterfinal to Saginaw Nouvel Catholic in 2017. Berutti said there are improvements to make moving forward.

“We need to regroup. We need to figure some things out,” he said. “We need to get smoother and we gotta get healthy.”

For the Lakes, the loss exposed their struggles with sustaining blocks.

“We struggled sustaining blocks again. We have to work on sustaining our blocks and keeping the chains moving,” Crouch said. “When our drives are three plays, we’re in trouble. We had that in the second quarter. If we can get better at blocking, I think we have a good chance at making the playoffs.”