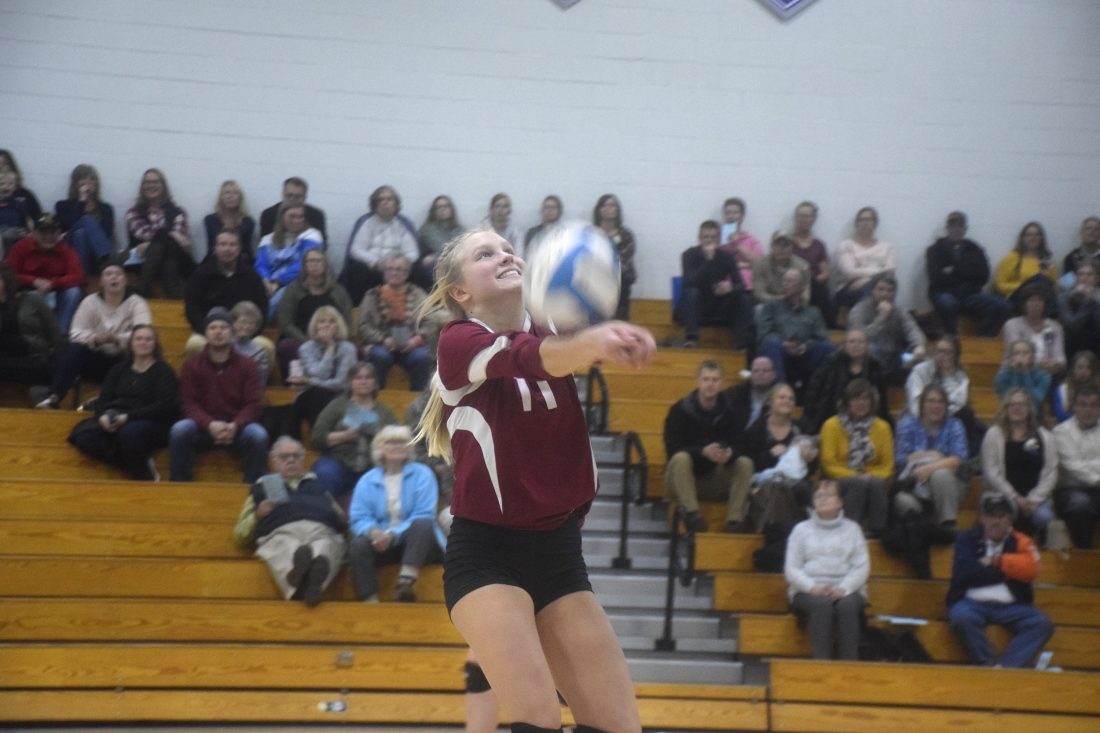 “The first set was indicative of the way we want to play,” said Copper King head coach Matt Laho. “We came out and played aggressive at the net and showed confidence.”

In the first two sets the Copper Kings had the definitive upper hand. They kept the Bulldogs on the run as they beat them with balls placed all over the court. Junior Elli Djerf led the offensive charge with 13 kills. Senior Molly Larson followed with 10. If those two were not swinging at the net, someone else was tipping it over and a finding a hole on the Hancock side. Such variety kept the Bulldogs from finding any kind of rhythm or offensive momentum.

“The girls know that they have to mix it up. If it is kill, kill kill the other team will figure that out fast,” said Laho. “It is something we work on.”

Equally impressive was the Copper Kings defense as very few balls found the floor on their side. They out hustled the Bulldogs on just about every play. Their libero Cami Johnson had 17 serve receives in the back row.

“Cami makes it look easy back there the way she plays libero,” Laho said. “She is always on the move.”

The third set was the Bulldogs best set. They started it with their first lead of the night at 3-1. But the set got away from them as the Copper Kings came back to tie it at 13, 14 and 16 before moving ahead to a 25-22 victory.

“Our hustle game didn’t show up till that last set ,” said Bulldog head coach Elle Heinonen. “Calumet has a good team and they beat us fair and square. They did the little things right.”

Next up for the Copper Kings is district play. They will play the winner of the Hancock vs. West Iron matchup early on Monday.

“We will keep grinding in the gym as we get ready for districts,” Laho said.