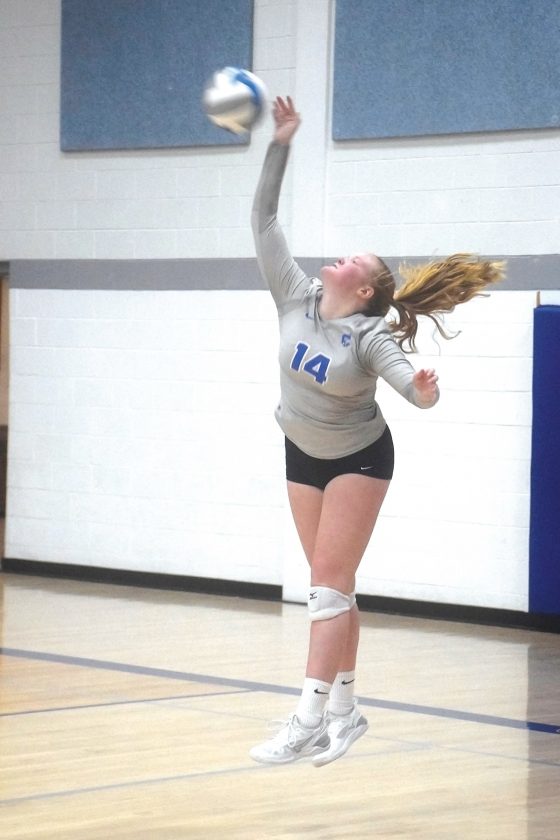 “Tonight something special happened,” said Copper Kings head coach Matt Laho. “Tonight was our most consistent game on both offense and defense. You could see and feel the energy both on the court and on the bench. I could see it coming in some of our latest practices and the girls really gelled tonight.”

The Copper Kings (14-10) came out strong in the first set under the service of senior Kristi Keranen. She put up a run of six to push the Calumet to a 10-2 lead. That turned into a 20-9 lead and an eventual first set victory.

“I thought our outside hitters Molly Larson and Elli Djerf really played well,” Laho said. “As well, our middle, Gloria Hendrickson had some really good swings and our setters placed some very nice balls all night.”

Calumet’s enthusiasm and almost flawless play on the court continued into the second and third set as they didn’t allow the Purple Hornets even to post 10 points.

Larson led the offense with six aces and seven kills on the night. Libero, Cami Johnson, had 23 digs on the defensive side.