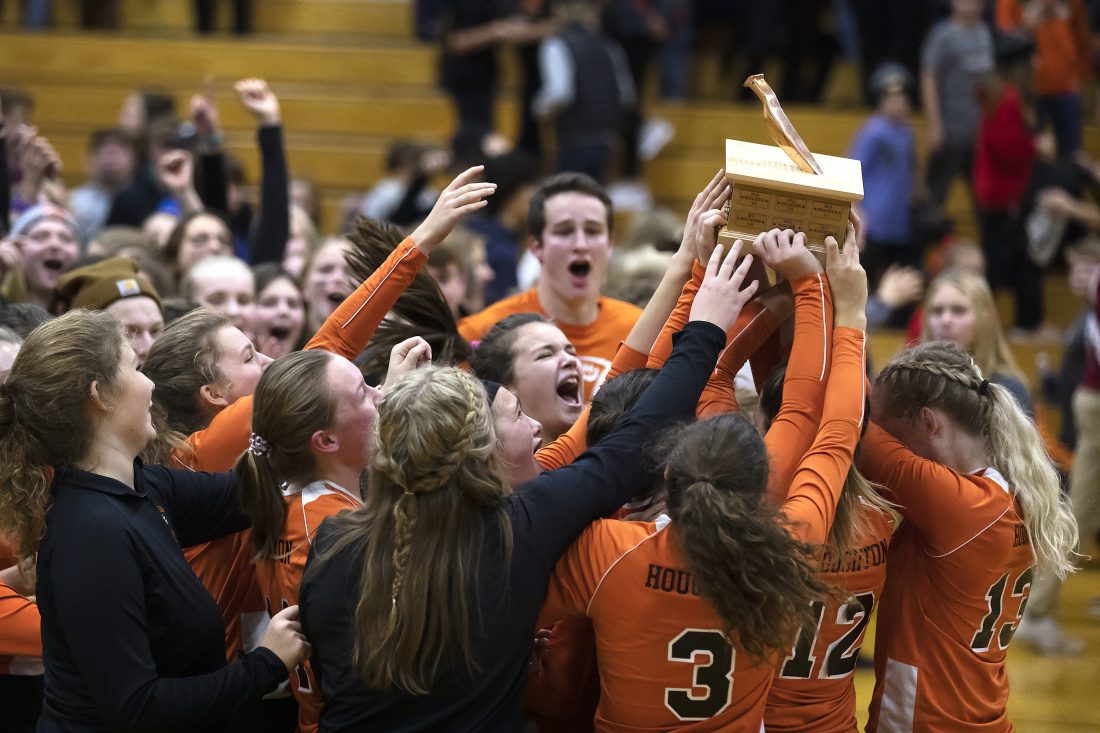 The Gremlins won by scores of 25-14, 15-25, 25-13 and 25-17. They won it with aggression, controlling the lead for much of the night and forcing the Bulldogs to chase. As a result, they own the coveted Copper Spike trophy for the ninth time out of 10 years.

Houghton set the tone in the first set by bolting out to a 9-1 lead. The Gremlins led the majority of the night by playing more relaxed, head coach John Christianson said. The second set was an exception, when Hancock broke a 9-9 tie and soon after held a 22-10 lead. The Bulldogs won the second set 25-15.

“I thought Hancock looked a little tight. We were loose,” he said. “In the second set, we just got in that one bad rotation and gave up 10 points. We got tight, we got tentative, we quit swinging, started tipping and those kinds of things. Finally for the third set I just said ladies back to what it was. We hit the ball and we did enough of it. We got a little more firepower than they do and it showed up at the end of the match.”

For Hancock, the rivalry loss at home on Senior Night was tough to take. 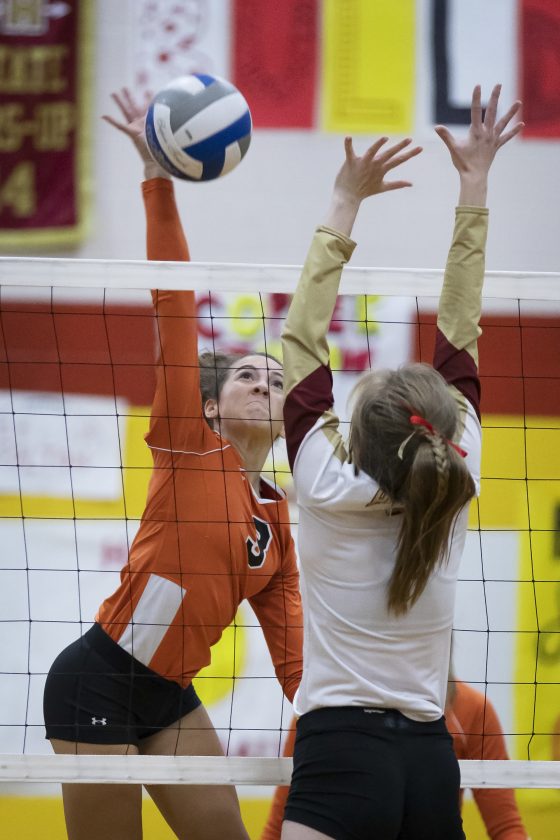 “Tonight is gonna sting a little bit. I think that was a tough pill to swallow being Senior Night, the last home game on our floor and versus Houghton,” Hancock head coach Elle Heinonen said. “That one stings, but I’m really proud of the girls. They stuck together as a team, they battled hard. They played well, they hustled. I don’t think it was a lack of effort. I don’t think it was a lack of anything besides tonight Houghton won. Sometimes that’s just the way volleyball goes. We’re a good team, they’re a good team. I hope we get another chance at them.”

The stands were filled nearly to capacity and the rafters rattled with the student sections’ celebration of each point scored or each rally saved by a pancake dig, when a ball was saved an inch off the floor.

“Boy, did Hancock play well. They made us work for every point that we got,” Christianson said. “I don’t know how many times I thought it was over, the fans thought it was over and they did something to get the ball back. They’re such a tenacious team. You can see that because that’s the way it was for their coach when she played at Tech. She just went after everything and you can see that she’s built that into her program now and that’s to her credit.”

Heinonen said the Bulldogs’ aggression served them well in the second set win.

“We stayed on them and took them out of system,” she said. “I think there were moments we did that in the other sets, but they stayed more aggressive longer.” 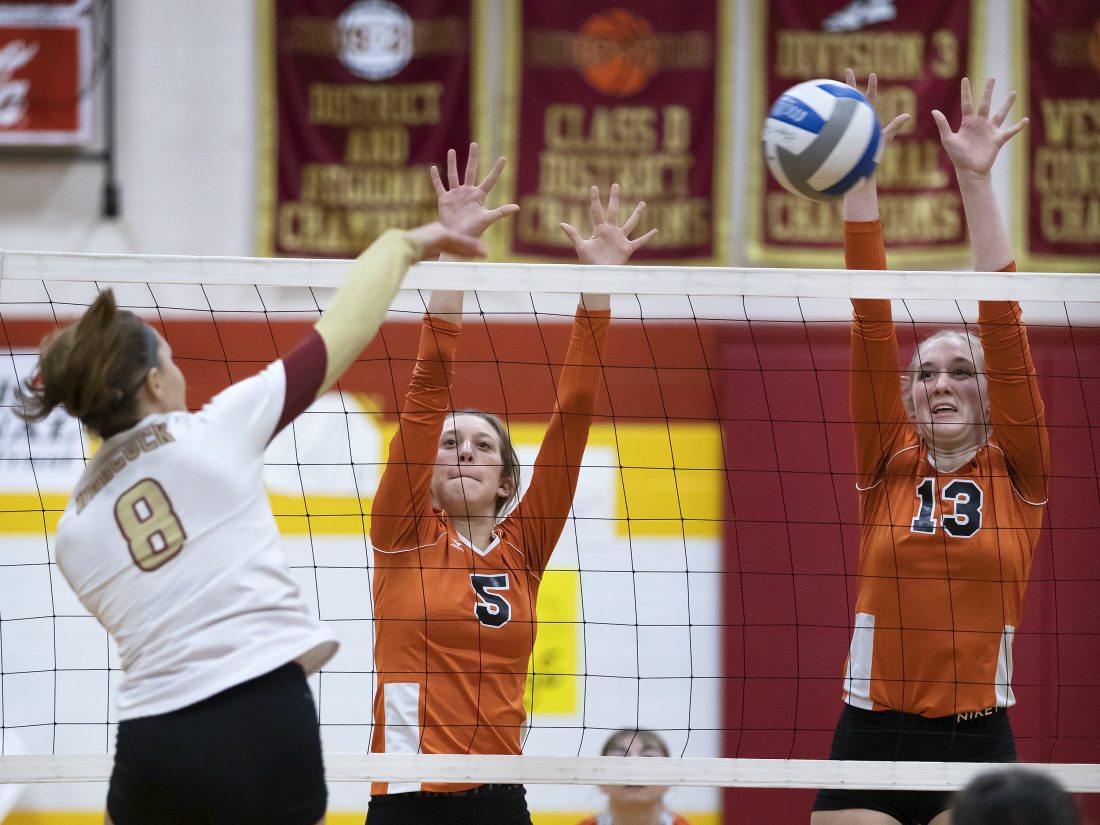 Maintaining a lead most of the night, and Houghton’s winning pedigree, helped the Gremlins’ confidence, Heinonen said.

Daityn Markham led Houghton with 18 kills while Jillian Cyrus had 11. Paige Deforge had 20 digs. Micaela Geborkoff, back from illness that kept her out of Tuesday’s match against Calumet, had 39 assists.