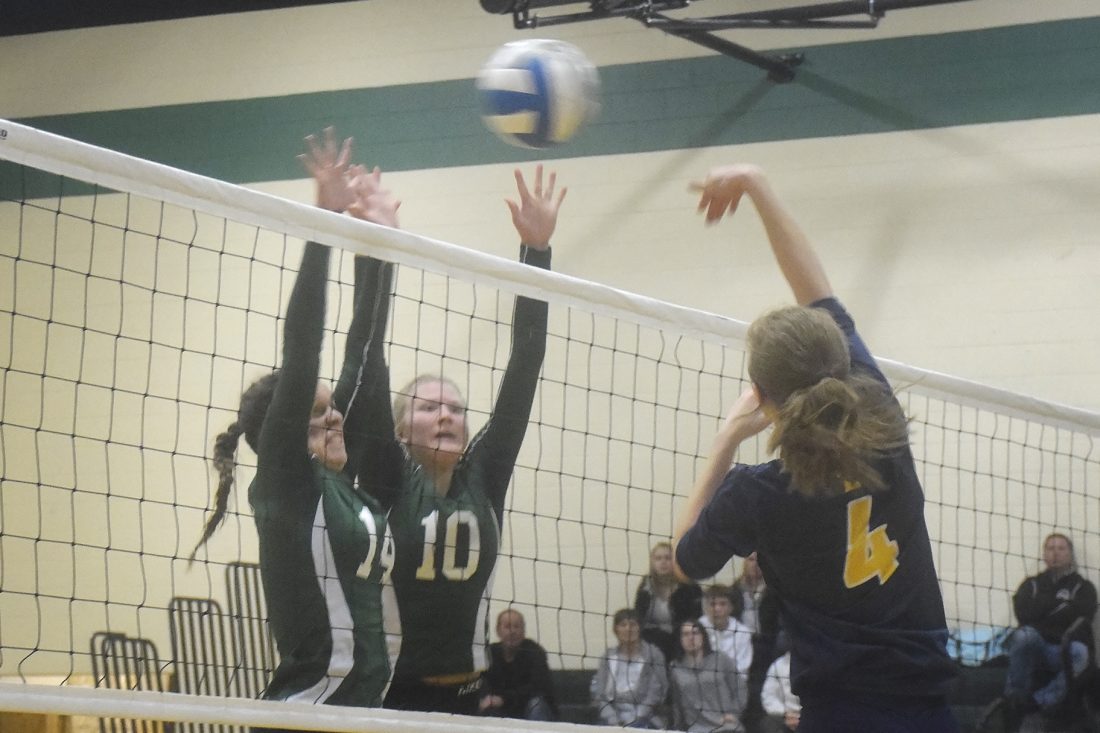 PAINESDALE — With a 3-1 victory over the Jeffers Jets, the Lake Linden-Hubbell Lakes claimed first place on Thursday in the Copper Mountain Conference for the 10th year in a row.

Lake Linden-Hubbell’s head coach Mandy Perreault made sure came out with a little more aggression on the court last night to make up for some lack of aggression in a loss to Hancock earlier in the week.

However, it did not come right away. The Jets were the aggressive ones and took the upper hand in the first set winning it 25-18.

“We came out and we played strong,” said Jeffers head coach Rachel Torp. “We had many kills and that is how we were going to have to play if we were going to win. Lake Linden was not going to beat themselves.”

She was right. The Lakes got serious in the second set and never looked back.

“After that first set, I told the girls that they better get serious if they wanted to win this won,” Perreault said. “They then picked up their game in the rest of the game.”

She thought her defense was particularly sharp. In short, nothing was getting by them. Everything the Jets put over the Lakes were sending right back. It was forcing the Jets to make errors.

“I really liked the play of our back row,” Perreault said. “They were able to read and anticipate what the other team was sending over and react accordingly.”

Leading the defense for the Lakes was senior Joslynn Perala with 23 digs. She and Melissa Wagner both had four blocks at the net as well. Alyssa Burton followed with 21 digs. Perala was also a force to reckon with on the offensive side of the net with 20 kills — more than half of her team’s 37 total. She also led the Lakes with five aces.

“When Joslynn was in the front row, that is when we could get her the ball and go on some big scoring runs,” said Perreault.

Torp said the Jets beat themselves.

“The Lakes are a good team,” Torp said. “We had too many errors and gave them too many free balls. You can’t do that with a team like that.”