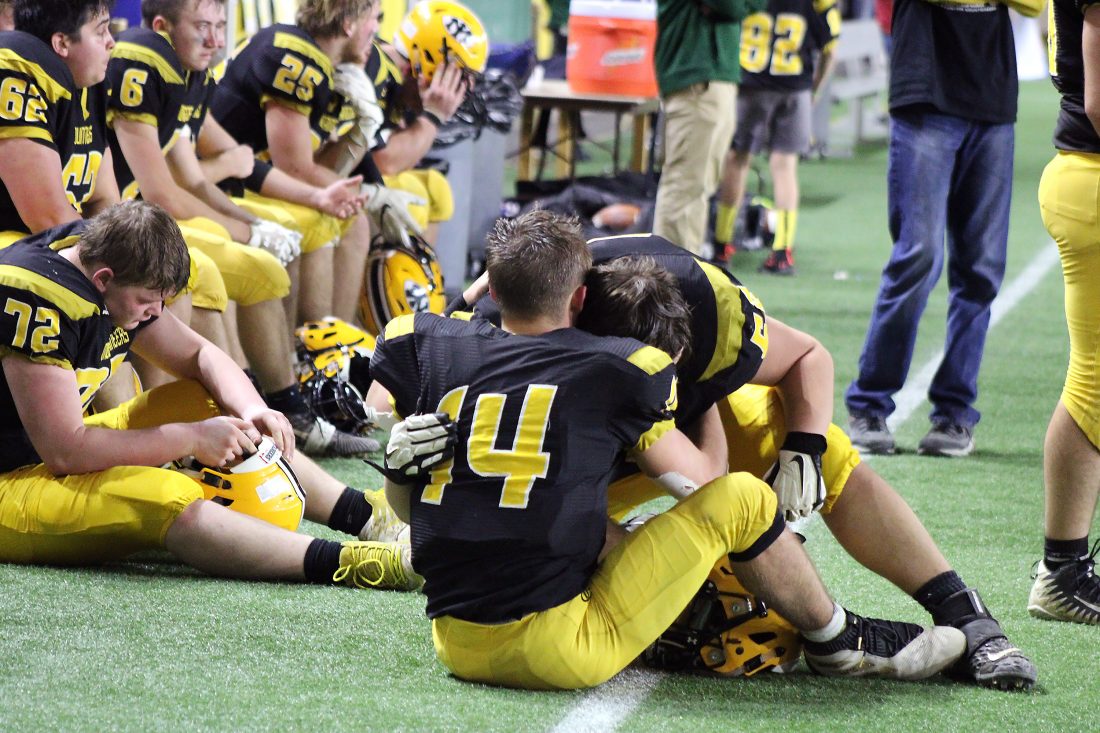 MARQUETTE — Pewamo-Westphalia scored 43 unanswered points in a 43-7 win over Iron Mountain on Friday to reach the Division 7 state championship.

The Mountaineers (12-1) received the opening kickoff and four plays later scored their only points of the game. Senior quarterback Marcus Johnson ran it in from 5 yards out. Less than three minuets later, Pewamo-Westphalia took over for good.

The Pirates’ massive offensive and defensive lines settled in and slowly took over. As the game went on, they wore down the Mountaineers on both side of the ball.

“They’re a really good football team, they’re big and fast and physical,” said IM head coach Robin Marttila. “It was tough sledding for us out there for most of the night. We had some mistakes, and couldn’t convert some plays at key times. All in all, we had no answer for their size and their ability to run the football.”

Late in the first half, the Mountaineer defense forced a Pirates three-and-out. P-W punter Tanner Wirth attempted to run for the first down on a fake punt. IM’s Caleb Burklund ran Wirth down and knocked him out of bounds short of the first down marker. P-W led 21-7 at halftime.

IM ended the game with 118 total yards, though they had 185 yard in the passing department. The ground attack netted minus-67 yards on 29 attempts.