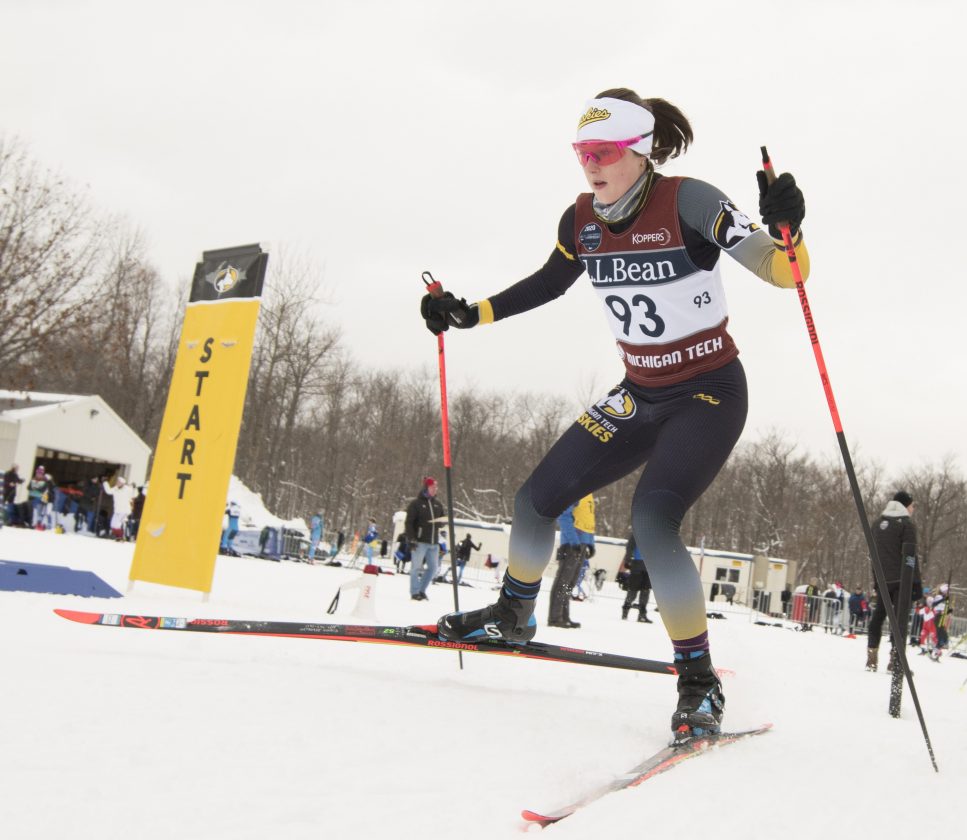 HOUGHTON — The eyes of the cross county ski world have been focused on Michigan Tech Trails over the past week as the university grounds have been the site of the 2020 L.L. Bean U.S. Cross Country Ski Championships.

The event has featured more than 450 athletes and dozens of teams from around the world.

Teams have arrived from as near as Marquette, Michigan, as in Northern Michigan University and as far as Mongolia, as in the Mongolian National Ski Team located north of China.

“This is a big deal for our university, our Nordic ski team and for the Houghton community to have a national championship event come to our area,” said MTU Nordic ski team head coach Tom Smith. “It just showcases the passion we have for skiing and winter sports here. It is a great way to show off our amazing course.”

Smith said this is the sixth time the university has hosted a nation championship event and they’ve put together a different course each time.

“We have had just glowing comments from coaches and athletes who are excited to be here and see how much we developed our facilities,” said Smith who is in his third year as head coach.

The week-long event featured some strong outings by a number of former USA Olympic cross country skiers. Among them was Rosie Frankowski who was part of the Alaska Pacific Nordic Ski Center. She represented the United States in the 2018 Winter Olympics. She finished fifth in the Women’s 20 km Classic on Sunday with a time of 1:04:44.

Among the elite skiers on the men’s side was Erik Bjornsen who participated in the 2014 winter games in Sochi, Japan and was part of the US team at the 2018 games in PyeongChang, South Korea. On Sunday, Bjornsen took first place in the Men’s 30KM Classic with a time of 1:19:34.

Michigan Tech skiers fared very well on Thursday and Friday. So well that the team won a CCSA College Cup. Strong performances by MTU’s Sarah Goble and Henriette Semb on the women’s side and Patrick Acton for the men helped lead the Huskies to victory.

“Our team has done awesome,” said Smith. “This wass the first time we have won a college cup in our program’s history.”

It was a homecoming of sorts for Erik Mundahl, an assistant coach at University of Alaska, Anchorage. The Minnesota native graduated from MTU in 2009 and was a member of the Huskie ski team while at Tech.

“I know these trails like the back of my hand,” he said with a smile. “I love coming here. We’ve had a good week. One of our junior men qualified for the junior national championships which is great.”

He added that the trails here are unique in comparison to other coursed in that they are geared towards an endurance mindset.

“Here it is a real workout. The trails are geared towards a race of attrition,” he added.

As the event wraps up today, Smith couldn’t be more pleased with the conditions on the course and the way things have gone so well. A steady snowfall Sunday afternoon created a postcard-like setting on the trails for the women’s long distance ski.

“The conditions have been outstanding,” he said. “We were blessed with a big snow storm before everyone showed up and it has been smooth sailing ever since.”