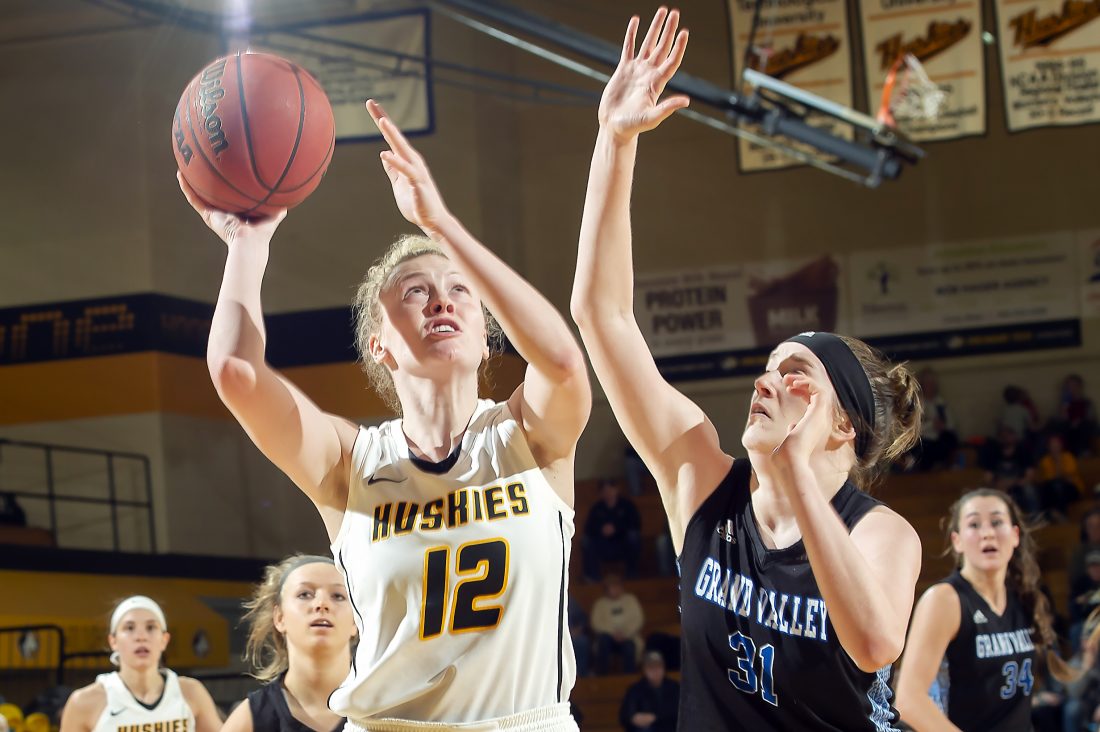 “I was really proud how our team came out and competed in the first half,” Hoyt said. “But they (Lakers) came out to play in the second half and we couldn’t match it.”

Grand Valley’s All-American center Cassidy Boensch proved to be the largest thorn in the paw of the Huskies in the second portion of the GLIAC contest at the Wood Gym.

“She (Boensch) did whatever she wanted,” Hoyt said. “It didn’t matter how well we had her defensed, she just busted through to get off a shot.”

But three straight three-point plays by the Lakers early (two by Boensch) pumped the lead up to 63-44 and MTU was done for the day.

On Senior Day at Tech, senior forward Abbie Botz did her best to keep it close with another double-double of 14 points and 12 rebounds.

“Abbie Botz played hard, just like she always does,” Hoyt said. “It’s going to be very hard to replace her skills and intensity next season.”

All that remained was for Botz and three fellow seniors to receive a standing ovation from the crowd with 1:34 left to play.

Ellie Mackay, the hero in the win over Davenport two nights earlier, was limited to six points on a pair of treys by the Mike Williams-coached downstate team.

Tech closes the season at Northen Michigan on Thursday.

The Huskies have earned the No. 8 spot in the upcoming league playoffs, with a trip to Ashland the likely opponent.