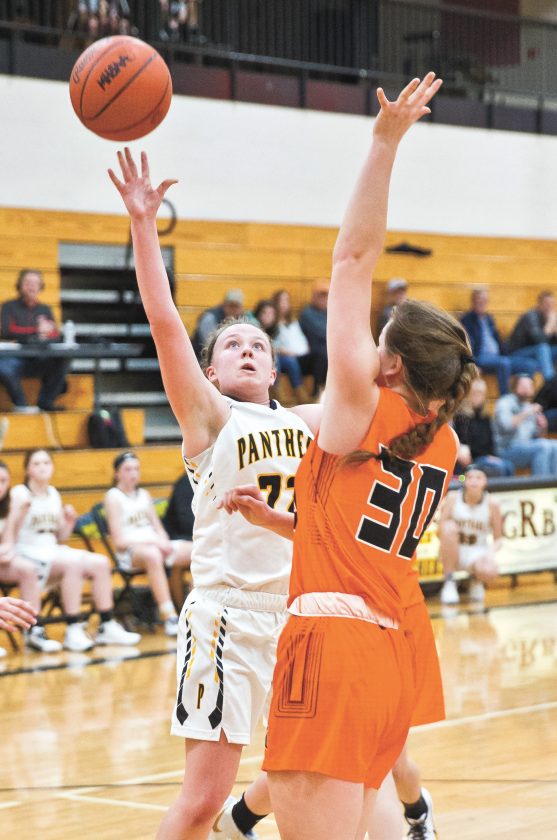 LAKE LINDEN — The 2020 Copper Mountain All-Conference Girls Basketball Team was announced on Friday. It included players from both the Copper Country and Porcupine Mountain divisions.

Earning the Most Valuable Player Award was Elise Besonen, of Ewen-Trout Creek.

Besonen helped carry the Panthers to a 21-2 season. In the eyes of her coach, the junior point guard worked hard and was one of the strongest shooters in the region as she averaged more than 16 points per game.

“This year Paige has gotten stronger and quicker to the basket,” said her coach Jacky Besonen. “It is something she has worked on as she lifts weights in the off season and shoots just about every day. She has a very nice jumper.”

At 5-foot-3, Besonen said a point guard has to be creative.

“At that height you definitely have to be creative and Paige has a strong drive to the basket,” she added. “She is a great team leader as well.”

Paige Berglund, of Ewen-Trout Creek, was named the Defensive Player of the Year and coach Besonen was honored as Coach of the Year.