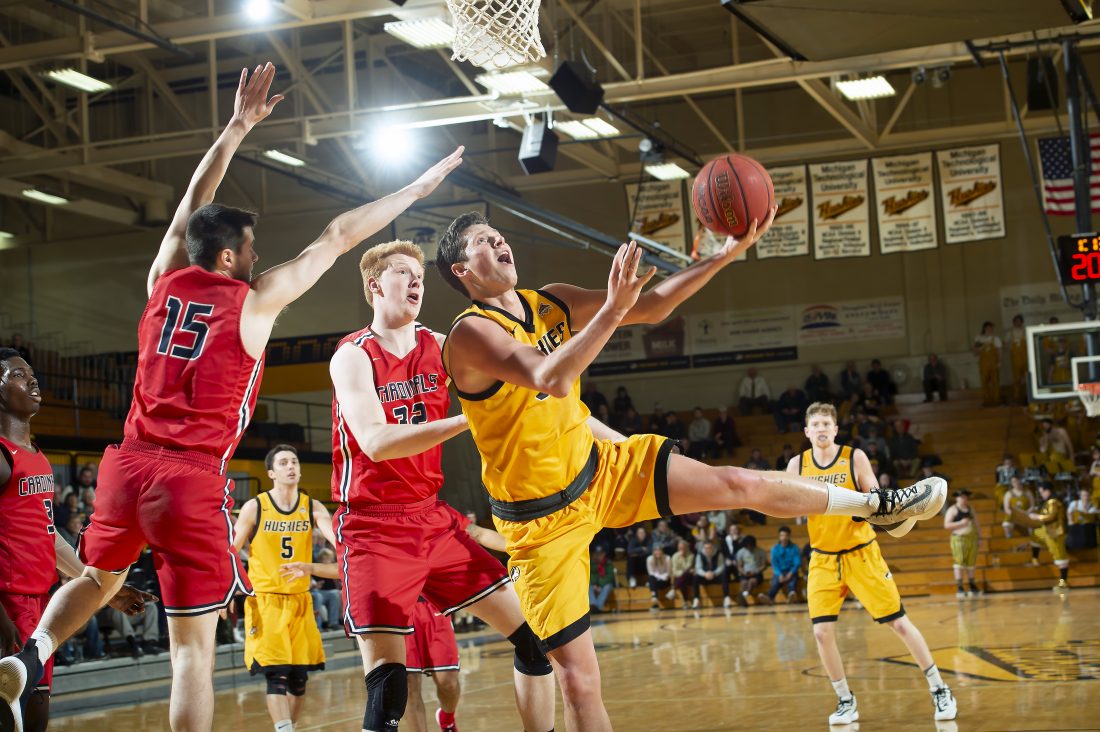 HOUGHTON – The Michigan Tech men’s basketball team were in route to Indianapolis for round one of the NCAA II Midwest Regional Tournament on Thursday when they heard rumors that a change of plans related to their games was in the works.

“We were literally in the boarding line in Chicago (en route to Indianapolis) when we found out the games and whole tournaments were officially canceled,” said Husky head coach Kevin Luke. “However, we still headed to Indianapolis because we had a hotel to stay at and transportation.”

The Huskies (23-8) were set to take on the Bellarmine Knights Saturday in opening-round action.

The team spent Thursday night in Indianapolis and flew back to Houghton on Friday.

And their season is now over.

It would have been the Huskies’ 10th appearance in the NCAA tournament. The last time the Huskies appeared in the tournament was during their 2014-15 season.

The team earned their No. 4 spot in the tournament after winning the GLAIC Tournament this past Sunday. They defeated Northwood University 68-57 for the title. However, it all came to a crashing halt on Thursday afternoon when the follow statement from the NCAA was released.

“(Thursday), NCAA President Mark Emmert and the Board of Governors canceled the Division I men’s and women’s 2020 basketball tournaments, as well as all remaining winter and spring NCAA championships,” the NCAA statement said. “This decision is based on the evolving COVID-19 public health threat, our ability to ensure the events do not contribute to spread of the pandemic, and the impracticality of hosting such events at any time during this academic year given ongoing decisions by other entities.”

“It was a tough situation for everyone,” said coach Luke. “We were devastated that we didn’t have a chance to play, but at the same time, we understood the seriousness of the situation.”

Luke said he felt bad for his older players who might not have the opportunity to go to the post season again.

“It is a honor just to get to the national tournament,” Luke said. “Then to get there and have the rug pulled out from under you is even worse. At the same time, the players understood that life is bigger than basketball and the safety precautions we are taking outweigh the risk of getting sick.”