The WCHA’s best hockey team this season was unsurprisingly well represented in end-of-season accolades on Tuesday.

Michaelis led the WCHA in overall scoring with 20 goals and 44 points. His point total was also third nationally.

Rauhauser completed his Falcons career with his second Defensive Player of the Year accolade. Rauhauser led the conference in defensive scoring with 11 goals and 35 points.

Sowder scored six goals and 31 points for the Mavericks. He was fifth nationwide in freshman scoring.

Hookenson, the conference’s student-athlete of the year, is a double-major in accounting and finance with a 3.968 cumulative GPA. He scored three goals and 13 points this season for Minnesota State.

Serratore led Bemidji State to a runner-up finish in the WCHA with a 22-10-5 overall and 20-5-3 conference record. The Coach of the Year award is Serratore’s second, after winning it in 2016-17. 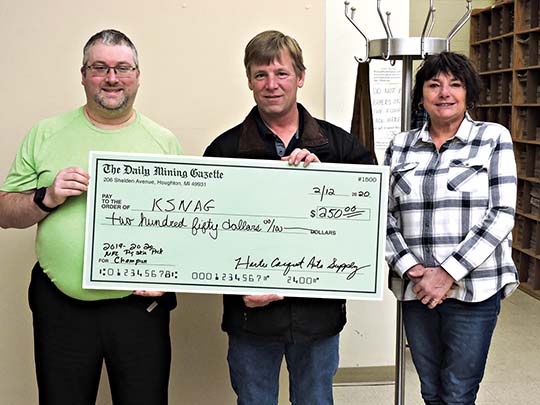