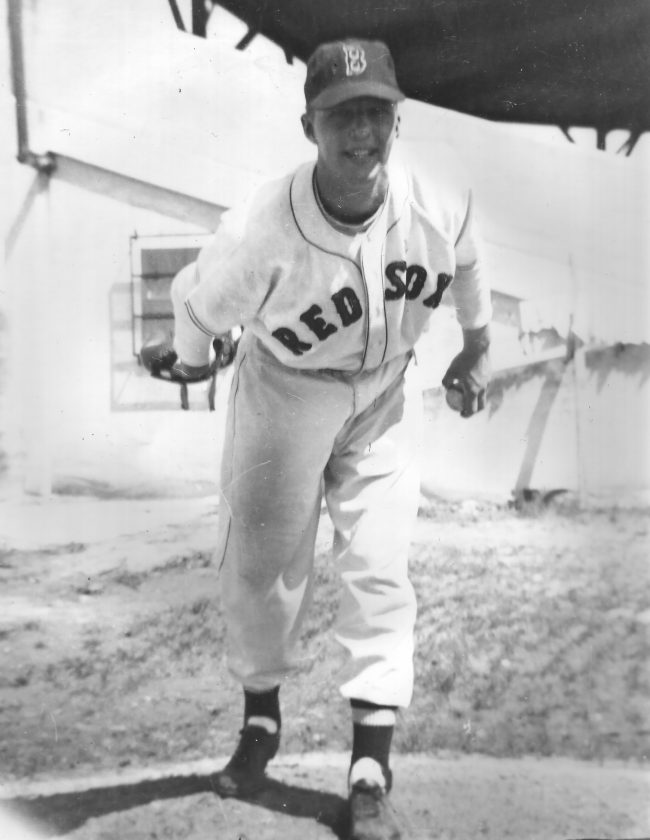 MOHAWK — Carl Backstrom may have been one of the most talented athletes Calumet High School ever produced in its long history.

Better known as “Scuppy,” the late Backstrom put together a career that included most sports.

In 1952, he was a awarded the George Gipp All-American award after being selected as the finest senior athlete at Calumet High School. He was a key member of the CHS football, basketball and track teams that year.

Carl was also voted the Karl Funke Award winner that year. That honor annually went to the most valuable senior basketball player in the Copper Country Conference.

An all-U.P. choice in football, he played one season at Michigan Tech in 1952 and one at Northern Michigan University in 1953 after high school.

But it was in baseball where Backstrom excelled.

He put in several years in the C.C. Twilight League and was an outstanding lefthanded pitcher for Mohawk. Harold Filpus of Tapiola faced him many times and remembered him as a “very tough pitcher to hit.”

“He was tall and lanky and he had that pitch coming at you from the left side,” Filpus said. “I know our lefty hitters didn’t like to see him out there.”

Playing in an era when good pitching was common in the Twilight League, Backstrom stood out.

“Heck, you already had pitchers like Gordie Lassila, Leo Durocher, Ed Kokkila and Art Koski in the league,” Filpus said. “There was quality pitching all around”

But Backstrom also attracted attention on the basketball floor.

After leading Calumet in scoring and rebounding as a senior, he spent a year at Suomi College.

He averaged 24 points and 13 rebounds a game for the Lions, using his 6-foot-5 frame to good use.

He had an offer to play at Michigan State in 1956, but since he had signed a minor league contract for the Boston Red Sox a year earlier, he was not eligible to play for the Spartans.

“I had a good fastball and a sharp-breaking curve that really baffled lefthanded hitters,” Backstrom said in a 2005 interview. “The Red Sox saw something there.”

While growing up, Scuppy played with such local legends as George Brunet, Bud Patrick, Fred Barry and others.

Brunet had a 15-year major league pitching career, while Patrick and Barry were prominent players.

“George (Brunet) had a exceptional arm. He pitched until he was in his 40s,” Backstrom recalled. “Buddy Patrick hit some of the longest homers ever seen around here. Freddy Barry was also a really good baseball player, but hockey was his game.”

That did earn him a trip to the Boston spring training a couple of seasons.

His lasting memory was that of watching Red Sox Hall of Famer Ted Williams in spring drills.

“He was such a natural hitter,” he recalled. “The baseball just sprung off his bat.”

He always enjoyed spending time with his four children and numerbous grandchildren.

A daughter, Kristen, was an outstanding volleyball player at NMU.

Backstrom was inducted into the U.P. Sports Hall of Fame in 2017.