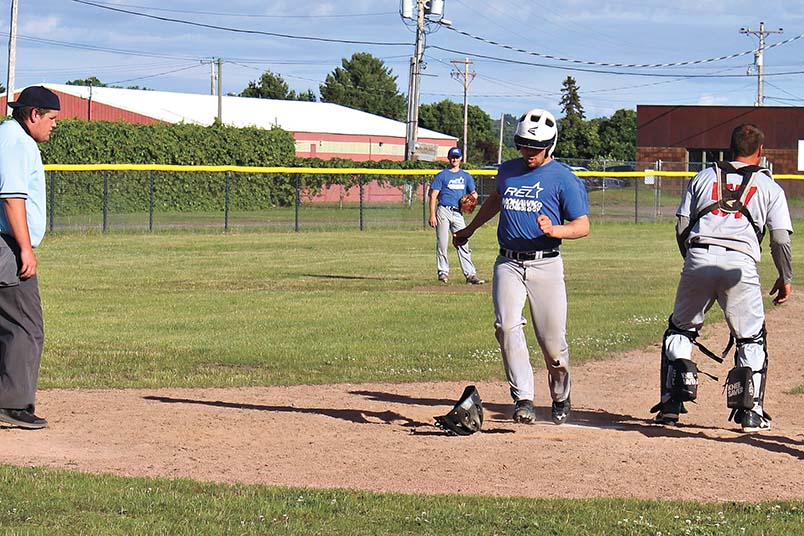 HANCOCK — There were almost too many heroes to list in Tuesday night’s Twilight League opener between REL Inc.-Mohawk Technology and Dean Kangas State Farm.

REL ended up winning in extra innings on a walk-off single by Tyler Loukus in the bottom of the 10th inning.

“It was quite a game,” DK-SF manager Bryan Juopperi said afterward. “We had to rally to tie the game and then we went ahead in the top of the eighth. But they tied it in the bottom of the inning and won it in extra innings.”

Down 6-3 going into the 8th frame, the northend crew scored three times — two coming on a homer by Dean Loukus.

Grant Johnson had shut down Dean Kangas-SF and had a 3-0 lead going into the sixth.

But key hits by Travis Wesa and Jay Daavettila sparked the losers rally in the sixth and seventh frames to erase a 6-3 deficit.

Sam Kariniemi was the winning pitcher in relief of Johnson. Jason Koski took the loss, taking over for Brady Turner.

Dean Luokus had a double and homer for the winners, while Johnson picked up a pair of hits. Wesa and Daavettila had two hits each for DK-SF, last year’s playoff champion.