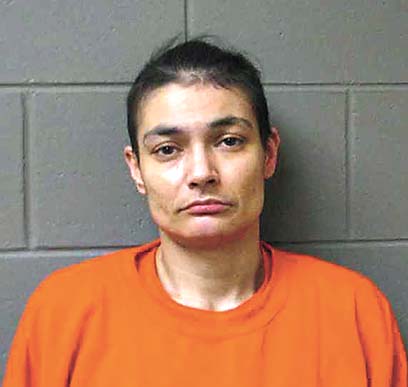 BARAGA — Gevenieve Lynn Meyers, 37, of L’Anse, was sentenced in Baraga County Tuesday to a minimum of 22 and a half years to a maximum of 40 years, for death 2017 death of her nephew, Walker Meyers.

On Dec. 23, 2017, an unresponsive Meyers was brought to the Baraga County Memorial Hospital Emergency Room by his caregiver. He was immediately flown by Med-Flight to the Milwaukee Children’s Hospital where he died of his inflicted injuries. Medical experts determined the manner of death was abuse, and ruled it a homicide.

Myers was arrested exactly one year later, on Dec. 23, 2018, by troopers from the Michigan State Police Calumet Post, on a warrant authorized by the Baraga County Prosecutor’s Office, and was charged with homicide-felony murder in the death of her nephew.

Felony murder carries a sentence of life with eligibility for parole. After examination of witness testimonies, at her preliminary hearing on Feb. 19, Meyers was bound over to Circuit Court. On Aug. 14, she entered a plea of no contest to second degree murder, which carries a sentence of up to life in prison.