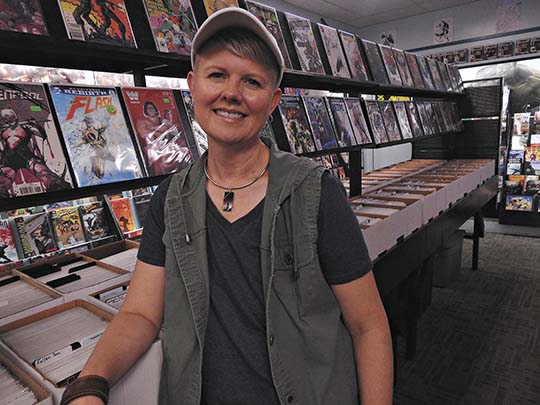 HOUGHTON — Fans of comics, science fiction and video games are no less diehard in the Copper Country than anywhere else — if not more so, but the main comic convention known throughout the world in San Diego is more than 2,300 miles away from the local area. Smaller ones, located in places like Chicago or Minneapolis, are still hours away.

“We wanted to bring something fun here for our area, because people want to go to larger conventions,” said Shana Porteen, owner of Black Ice Comics and an organizer of the convention.

The convention was the brainchild of Porteen and Patricia Summersett, who has done voice and motion capture work for games such as “Zelda: Breath of the Wild” and “Rainbow Six: Siege.” They met when Summersett came by the shop when visiting family.

Celebrities will give talks during the day and sign autographs.

Summersett will do a question-and-answer session, as will actor and writer Dean Haglund. He is best-known for playing Richard “Ringo” Langly, one of the Lone Gunmen on “The X-Files.” The conspiracy-theorist hackers made numerous appearances on the TV and movie versions of “The X-Files,” as well as a self-titled spinoff show. and their self-titled spinoff. Recent appearances include “Bones” and host of the Travel Channel’s “Ghost Adventures.”

Giving a presentation will be Jerry DeCaire, a comic book artist who has illustrated books such as “Deadpool,” “Thor” and “Wolverine.” He will give a PowerPoint presentation, followed by a live demonstration of his drawing techniques. His upcoming book, “The Which-When-Man,” will be released in 2020.

This year’s charity is Don’t Do It Yourself (DDIY). The organization helps Houghton and Keweenaw county residents with emergency funding if a medical crisis puts them in financial hardship.

“It’s a worthwhile organization and it’s there to help our citizens, so we were really happy to have them as our recipient this year,” Porteen said.

Also taking questions will be the creators of “Northbound Saga,” a webseries produced in the Upper Peninsula. They will also premiere exclusive footage.

Other events include an artist alley, a cosplay contest, and gaming tournaments. Vendors will include KC Bonker’s, Taiga Games from Marquette, vintage vinyl records and local artisans.

Tickets are available at Black Ice Comics or at the door.

Tech’s Smash Club will host the gaming tournament, while the Dance Dance Revolution (DDR) Club will have their machine available.

“There’s just all kinds of things to geek up over,” Porteen said.

There will also be a silent auction with items from the worlds of video games, moves and TV.

The North Coast Grill and Deli will also be open on the first floor of the MUB from 1 to 5 p.m.

In future years, Porteen hopes to grow things even more.

“We’re hoping the con is just the beginning of developing a greater festival that evolved to workshops and things of that nature,” Porteen said.

Adult tickets cost $10. Admission is $5 for students at Michigan Technological University or Finlandia University, as well as for kids 14 and under.

For more information, including a full schedule, go to geekup906.com. 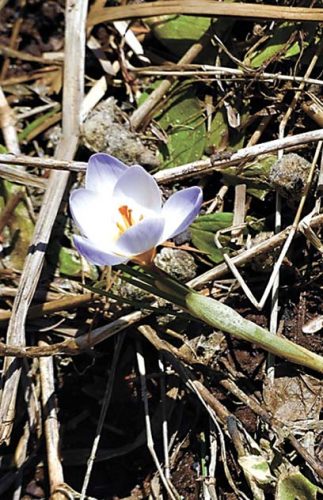