Parade of Nations this weekend 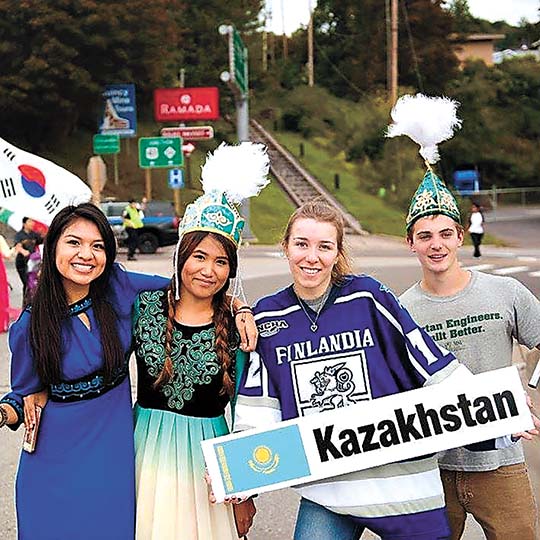 (Provided photo) The event is intended to celebrate the Copper Country’s cultural diversity as well as serve as a welcome to international students attending area universities. Image provided by the Parade of Nations.

The 30th annual Parade of Nations is set to take place in Hancock and Houghton on Saturday, Sept. 21. The event begins with the parade but continues throughout the day with a cultural fair. The event is meant to showcase the cultural diversity in the area and also serves as a welcome to international students from Finlandia University and Michigan Technological University.

“For many of the students, this is their first time really seeing the area,” said Bob Wenc, one of the event coordinators.

The event is often perceived as an MTU event. While MTU is the event’s single largest supporter, funds are also donated by many community businesses and the event is organized by a planning group whose members come from as far away as Baraga.

The event begins with a parade that will start in Hancock near Quincy Green at 11 a.m. The parade will then proceed down main street, across the bridge to Houghton. The parade route then approaches the waterfront by the Portage Lake District Library and ends at the Dee Stadium. 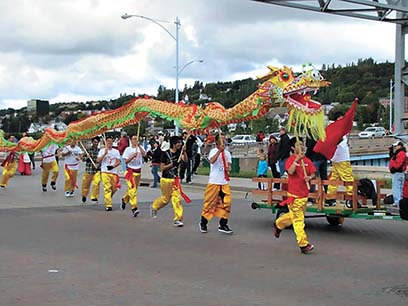 The initiative is an attempt to make sure that as many countries as possible are represented. Many of the marchers representing different countries are members of organizations that are also hosting events or manning booths at the cultural fair, meaning that their countries are unfortunately unrepresented in the parade.

Viewers can also participate. Spectators who bring an “I Love the Parade of Nations” sign can be entered into a raffle with a $500 cash prize to be drawn at the cultural fair at the Dee Stadium at 1 p.m.

The parade does not only consist of marchers. There will also be at least eight floats and the Cass Tech Marching Band. VIPs in the parade include presidents and mascots of both MTU and Finlandia as well as Taja Davise. Davise won the “What Multiculturalism Means to Me” essay contest that was sponsored by the Parade of Nations and open to graduating high school seniors in the area.

The cultural fair following the parade will be located at the Dee Stadium in Houghton from noon until 3 p.m. The cultural fair consists of food vendors, live music and entertainment, and craft opportunities for children.

“You can usually get a meal for somewhere between $5 to $8,” said Deb Mann, one of the event organizers. “Some of it it’s a full meal but some of it you can try a little bit of this and a little bit of that to experience different cultural foods.”