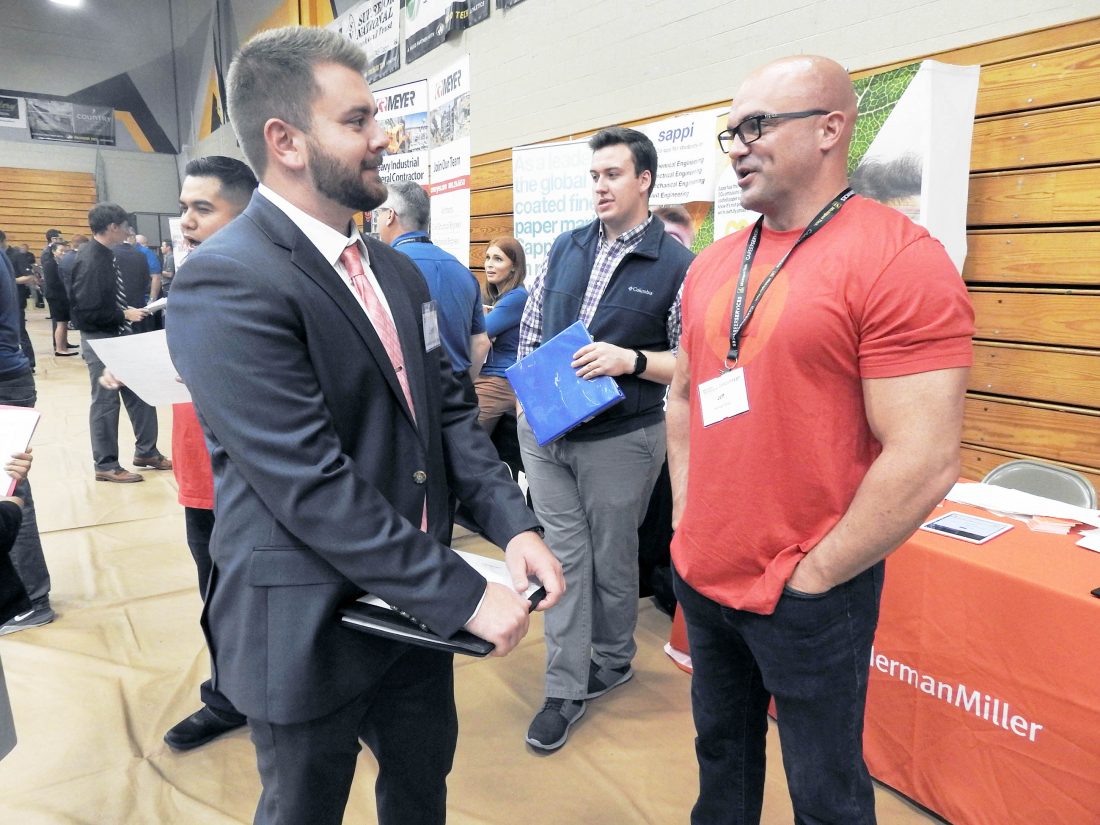 HOUGHTON — With resumes in hand, about 3,500 students came to the Student Development Complex to meet with companies Wednesday for the fall Career Fair.

This year’s fair had 355 companies, making it one of the largest fairs in the country on a company-per-student basis, said Beth Williams, director of career services at Tech.

Many of those companies, which include industry leaders as Ford and Dow, have come to the fair for many years.

“A lot of the recruiters that are here are Michigan Tech alums themselves, and so this is their way of giving back,” Williams said.

To get students ready, Tech put on 21 events leading up to the fair. Those include events on assembling resumes, workshops on how to prepare for the fair, and a variety of industry-specific days.

The visits at the career fair often turn into more. Anywhere from 3,000 to 4,000 interviews happen on campus the day after career fair, Williams said.

“Obviously a lot of those are going to lead to offers, which could be for internships, co-ops or full-time positions,” she said.

Two of this year’s interviews will go to first-year chemical engineering student Zoie Forrest, who had landed them with 3M and Mercury Marine.

“I think it’s very good,” she said of the fair. “It helps them(students) get their toes into the door and test the waters on how they talk to people and how they interact with the companies.”

Ahead of the career fair, Forrest prepared by polishing her resume, doing fake interviews with professors and friends, and researching the companies.

Paccar, a truck design company, has been coming to the fair for about eight years. They were looking for electrical engineering, mechanical engineering and computer science positions, as well as about 130 internships.

Senior recruiter Kim Shoemake had talked with a number of students, who he said were serious about their studies and had interest in the transportation field. Many of them had mothers or fathers who had driven trucks, he said.

About a dozen good candidates had come by so far, Shoemake said.

“I’d say six of those 12 we would probably have hired on the spot,” he said.