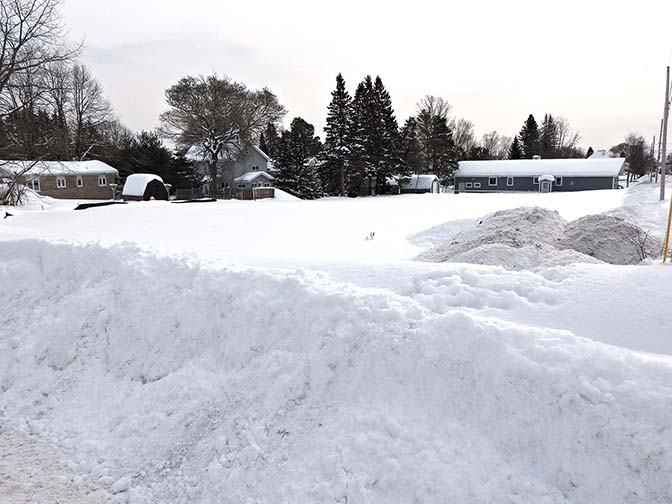 (Garrett Neese/Daily Mining Gazette) The Houghton County Land Bank approved a proposal to build three homes on a formerly blighted property on the 1300 block of Front Street in Lake Linden.

LAKE LINDEN — A contractor has been lined up for single-family homes on a formerly blighted property in Lake Linden.

“What the final amount will be, obviously, (what the) market will bear,” he said.

The homes will be roughly 1,400 square feet, have two-car garages, a crawl space and paved driveway.

The land bank received a $50,000 Michigan Rural Community Demolition Grant in 2019 to cleanup and demolish the former Lakes Building Supply building on the 1300 block of Front Street. The building had been vacant for years.