Conditions vary: Not all local dams are in great shape

Not all local dams are in great shape 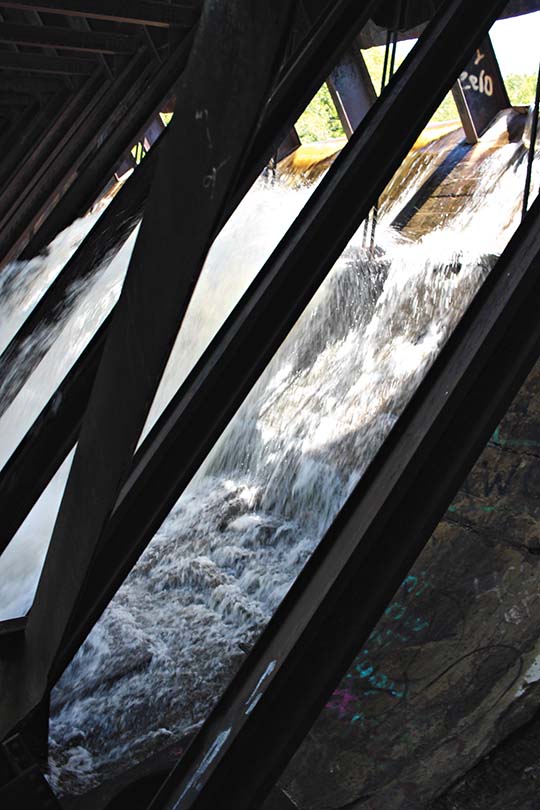 Joshua Vissers/Daily Mining Gazette Holes cut in the steel of Redridge Dam to drain the reservoir after its water was no longer needed for the stamp mills.

There are 22 dams regulated by the Michigan Department of Environment, Great Lakes and Energy in the four-county region covered by the Gazette. An additional dam, Prickett Dam, is regulated by the Federal Energy Regulatory Commission.

Of the dams registered with EGLE, twenty are regulated under Part 315 of The Natural Resources and Environmental Protection Act of 1994, which means the dams are over six feet tall and impound more than 5 acres in the reservoir. Three other dams are regulated under part 307, which allows for a circuit court to issue an order to maintain the reservoir at a certain level. Regulated dams have to go through inspections every three to five years.

During their last inspections, 19 of the EGLE-regulated dams were considered “low-risk” hazards in the event of failure. Dam inspectors did not return a request for comment on the definition of low-risk.

Eleven of the assessments found the condition of the dams to be satisfactory. Two were rated as being in fair condition. One was unsatisfactory, and eight were not rated. All of the unrated dams are considered low risk.

Through the Freedom of Information Act, the Gazette has acquired recent inspection reports for several of the dams that EGLE regulates. The Calumet Dam on Slaughterhouse Creek, the Redridge Dam on the Salmon Trout River, the Ford Dam on Plumbago Creek and INMET Mining Company’s White Pine Mine North Tailings Dam #2. These dams were selected because each of them has either high risk assessments or a low condition rating.

The Calumet Dam has a low hazard rating, with little human habitation below it, but also an “unsatisfactory” condition rating.

The Ford Dam and White Pine Mine North Tailings Dam are rated in good condition, but also have more significant risk factors should they fail.

The Redridge Dam is only rated in “fair” condition, and also has “significant downstream hazard potential.”

In following issues, we’ll examine the recent inspection reports and other aspects of each of these dams. The Gazette has also filed a request for more information from FERC.

A map with basic information on dams regulated by EGLE is available online at bit.ly/37RLNO2.