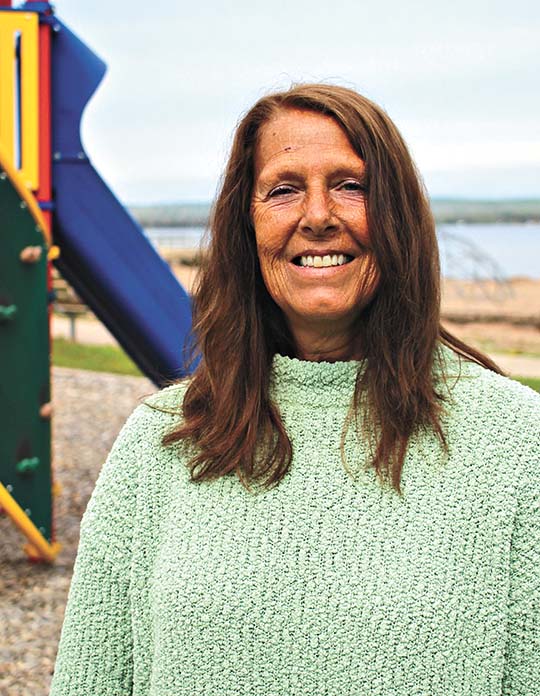 Three people have filed to run on the Republican ticket for the county commissioner seat vacated in Baraga County by Bill Menge. They will have a primary runoff on Aug. 4 to determine who runs against the Democrat on the ballot, Fran Whitman.

Cindy Larson has lived in Baraga County for about 26 years, and recently retired from the equalization department after 13 years. She loves her family, the lake and “can’t live without a boat.”

Larson and her husband Curt have six adult children.

“And they all live everywhere but here, which is very sad to me,” she said.

Her children had to move away to find better work. During her interview with the Gazette, Larson was awaiting news of her eighth grandchild. He was born Friday morning.

If elected, Larson said she intends to initiate open communication and help be a bridge between constituents and commissioners.

“People who live here love this county and they have good ideas,” Larson said. “I’d like to take them and find positive and fair solutions for the issues that need to be resolved.”

She said she wants to serve the office and has no agenda of her own to pursue. She intends to make a phone number and email available to the public, and plans to launch a Facebook page for official communications, too.

Having worked with the county for 13 years, Larson believes she can learn quickly to navigate the system, and since her retirement she has the time to devote to new work.

She recognizes that the county is struggling financially, and doesn’t believe tourism will be the sole solution. She wants to find ways of drawing other business to the area.

“Tourism is huge and it’s a beautiful county, but look at our situation,” she said. “Now we have no tourism.”

Another issue that Larson would like to address is the lack of things to do for children in the area, especially during winter.

“I think there’s a huge need for programs for children in this community,” she said.

Larson admitted having some difficulty choosing which party to run with, but ultimately she leans more toward the Republican viewpoint, one which she’s agreed with more as she has gotten older.

“I believe in hard work, I believe that too much government isn’t good,” she said.

She said that she supports President Trump and likes what he’s doing, particularly with the economy. However she doesn’t always like what he says or posts to Twitter.

Larson said she’ll separate emotions from her responsibilities and sideline the politics as commissioner.

“My focus is what’s best for the county and the people that live in the county,” she said.

Editor’s note: Profiles of candidates Burt Mason, Lyle Olson and Fran Whitman will be in following editions of the Gazette.