HOUGHTON — Last Saturday was National Free Comic Book Day (FCBD), which is intended to help bring newer fans into the fantastical worlds that writers and artists create on an often-monthly basis. Titles from publishing giants like Marvel and DC were on display alongside smaller, independent firms at Black Ice Comics in downtown Houghton.

This was the third year that Black Ice Comics participated in the event, which has been going on for the last 16 years and is celebrated at thousands of comic book stores around the country who give away millions of free comics. FCBD has a special meaning for Black Ice owner Shana Porteen, who held the grand opening of Black Ice on FCBD in 2015.

“Every year it’s always fun,” said Porteen. “With over forty free titles, there’s a comic for just about everyone.”

The comics were available in special editions prepared by comic book companies specifically for FCBD. Some of these titles are “one-off issues” just for FCBD, while others are previews of new series that are launching this year. Issues of “The Amazing Spiderman,” “Avengers,” “Dr. Who” and “Barrier,” a new project from popular comic book writer Brian K. Vaughn, were all popular free titles, though an adult “Power Rangers” comic with a darker and more developed storyline was gone two hours after the event started.

“I think that there is this old stereotype of the ‘comic book nerd’ but everybody has kind of fell in love with comics again,” said Porteen. “The quality of the movies that are coming out is getting people excited about the characters again. There’s more to experience if you fall in love with those characters.”

The regular staff of Black Ice was assisted with the event by regular customers who helped to direct customers to comics that might interest them, especially those who were new to the shop. One young assistant Leia, has become a comic book aficionado by following the footsteps of her father, a fan of comics like “Deadpool.”

“The first thing that I started reading was old ‘Supergirl’ comics that my aunt had,” said Leia.

Leia recommends that other children interested in comics may want to look into the “Spiderman” and “Guardians of the Galaxy” comics, who have become popular lately for their inclusion in the “Avengers” movies.

Of course, not all of the regulars at Black Ice Comics are children. Tyler Dutcher is another regular who was there helping out for FCBD. “Comic books are interesting because they don’t have as many words as novels so they emphasize the art,” said Dutcher. While Dutcher is a fan of big-name comics, he says that he’s gotten more into independent comic companies.

“Marvel and DC are building up on themselves,” while each independent comic has to stand on its own. Dutcher still values the bigger names for getting more people interested in comics, however.

“There was some falling out from the comic book industry in the ’80s through the ’90s, but the “X-Men” movie came out and brought it all back,” said Dutcher.

Owen Koski also stopped by Black Ice for FCBD. Koski got into comics in middle school and has been interested in collecting on and off, though he says that he’s really into the stories and the “larger than life” heroes.

“Times change, and so does what’s relevant so [comic book companies] try to kind of cater to that,” said Koski.

Another Black Ice regular, Dale Vadnais, who Porteen introduced as “a part of my weekly existence,” agrees with Koski’s sentiment.

“The comics have always done a good job of keeping up with what’s going on in our culture. At one time you had seen Captain America fight the Nazis. When 9/11 happened, comic book heroes banned against terrorism,” said Vadnais. “When I first started collecting comics they were in newspaper print and cost seventy-five cents. Now they’re on these beautiful glossy pages and the titles that I’m looking for are four dollars.”

While this year’s Free Comic Book Day has passed, it’s not too late to get involved in reading or collecting comics.

“As far as hobbies go, it’s still a relatively inexpensive thing to do to come in and pick up a comic and lose yourself once in a while,” said Porteen, “I hope [Black Ice is] somebody’s happy place; that someone can come in, maybe after a rough day at school, and talk about what they love.” 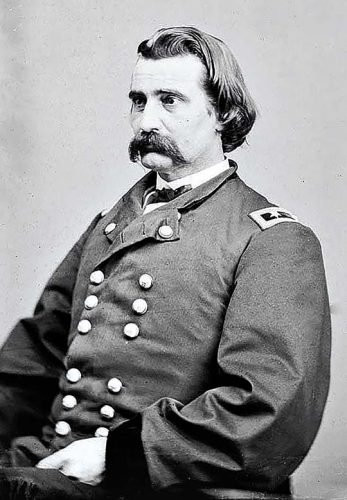