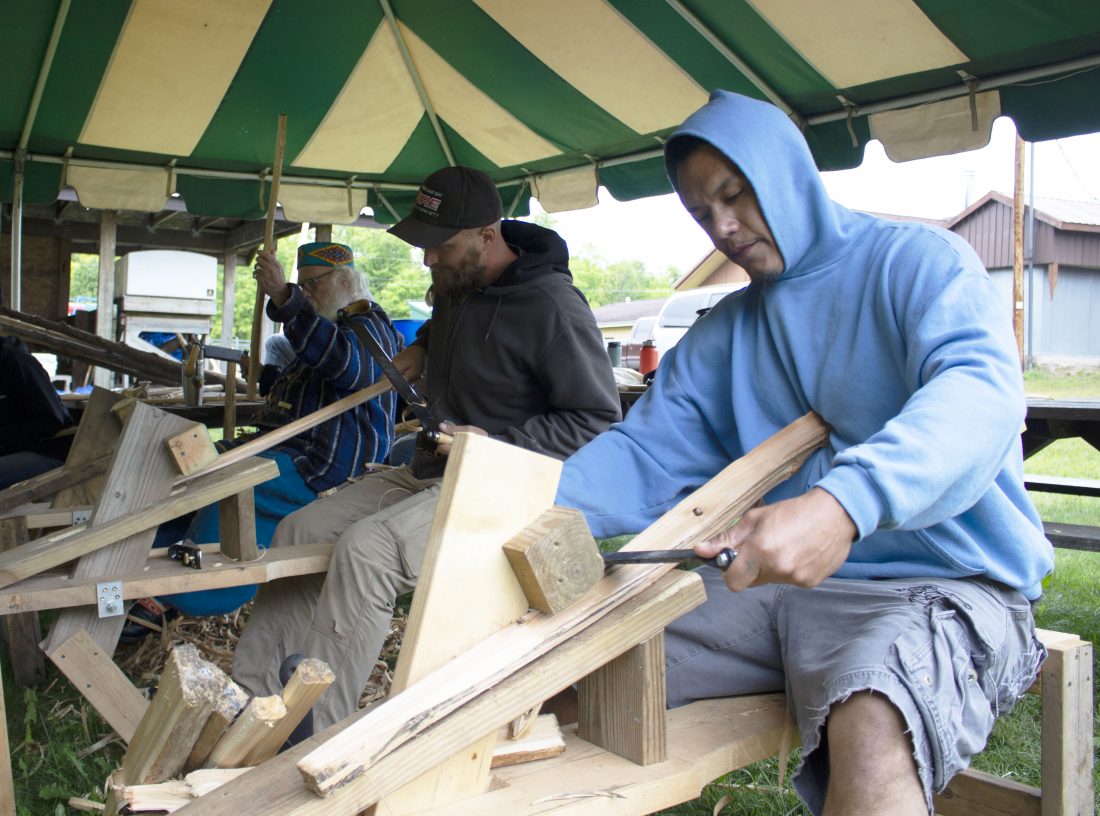 ALBERTA — People gathered in the cool, wet Wednesday weather at the Ford Center in Alberta to learn about Manoomin, or wild rice in English, at the 2019 Manoomin Camp. The camp is a way for members of native Indian tribes to learn about and share the cultural importance of wild rice and the ways it was traditionally sewn, harvested and used.

It is part of ancient prophecies that the Three Fires tribes credit with their survival. Finding rice growing on the water in the Midwest signaled the end of their migration from the eastern seaboard, long before European settlement began.

Organizer Kathy Smith said that attendees would be taking part in the restoration project on Saturday — seeding mucky, shallow water with wild rice — but not before making harvesting tools on Wednesday, taking canoe safety lessons on Thursday, and enjoying Native American culture with a drum circle and native taco bar on Friday.

Shashaywin D. Sandman Shelifoe, a Keweenaw Bay Indian Community member, worked on rice knockers on Wednesday afternoon. They are three to four foot long sticks, about an inch in diameter, made of dry cedar. Wild rice grains have barbs that make them stick to clothing and skin, making it uncomfortable to handle before it is hulled, so the sticks are used to beat the grains off of the stalks into the bottom of a canoe. 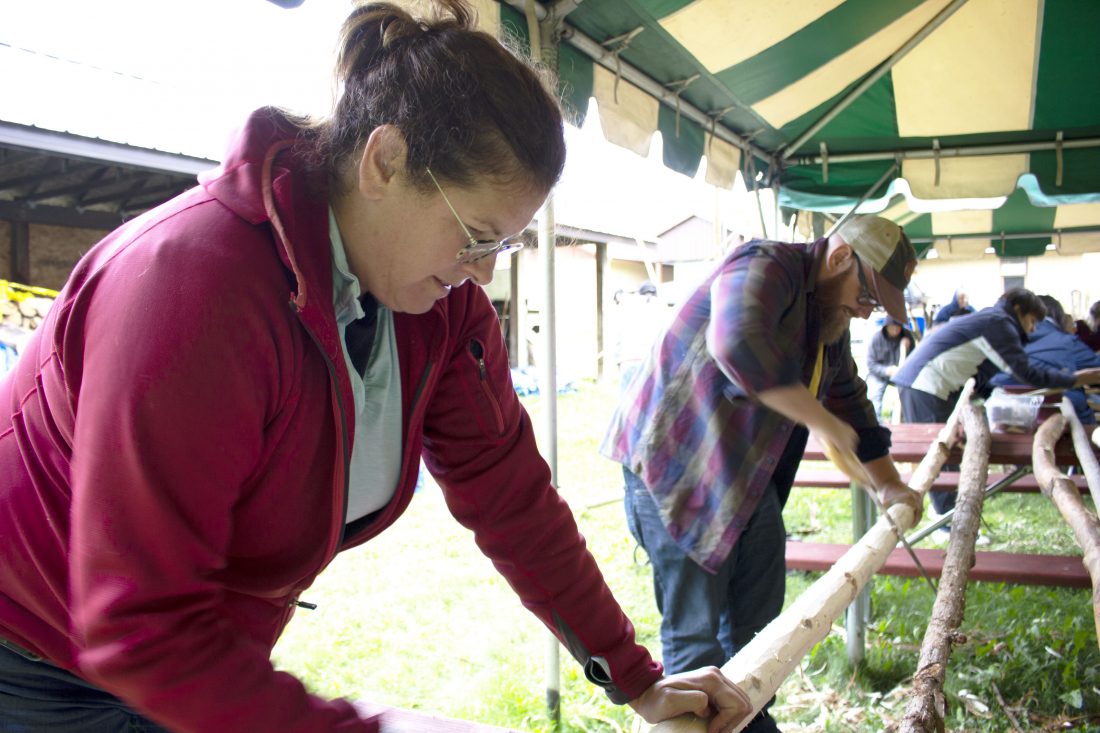 “That’s the best stuff you’ll eat in your life,” he said.

Veronica Hutchinson, of the Bay Mills Indian Community, worked with Yusuf Hermes, of the Mackinac Bands of Ojibwe, Odawa and Potawatomi, on a long pole used to push a canoe through the shallow areas where wild rice grows.

Hutchinson said that as an Ojibwe, she feels a responsibility to learn and pass on native culture.

“I certainly can’t pass it on if I don’t learn it for myself,” she said.

She feels learning to rice is a counter-colonial process.

“Anishinabe people have been stewards on this land for thousands of years,” she said.

In the last few hundred years, mining and logging have taken a toll on the landscape, but Hutchinson said native communities have seen relatively little benefit from the environmental destruction.

“I feel it’s extra-important to learn about pre-industrial ways of gathering food,” she said.

Knowing how to grow and gather food outside of modern, industrial food chains is important to Hutchinson’s culture and possibly to her future, she said

The canoe push poles are made of light, dry cedar, easily ten feet long or longer, with a wooden fork on one end.

“When you use this push pole, your intention is to get the fork down in the roots,” said instructor Roger LaBine, from Lac Vieux Desert. LaBine has shared the knowledge of ricing passed down by his family at the Manoomin Camp each year for almost a decade now.

He said the fork will catch the root system of the rice, allowing a person to push a canoe forward gently without having to push the pole deep into the mucky-bottomed lakes and streams the rice typically grows in.

The round edges of the natural wooden fork will usually leave the tender roots intact, too.

The length of the pole is important. It has to get at least four feet below the surface of the water, possibly into muck at the bottom, and still needs to be as tall as the user is outside of the water, too. The pole is also usually at an angle in the water, which requires it to be even longer.

“I encourage everyone who is poling to go in the bow of the boat,” LaBine said.

The placement of seats in canoes usually means there’s more room in front of the bow seat compared to behind the stern seat, so a person poling can have a wider stance. LaBine said the poler should still face their ricing partner, though, so that it is easier to counterbalance their movement as they knock rice into the canoe.

LaBine also went over some things to avoid doing, like stepping over the canoe seat if you lose your balance.

He said you’re better off dropping the pole, ducking low and grabbing the gunnells. The push pole floats, and can be easily recovered. Stepping over the seat will flip the canoe — dumping you, your partner, and all the rice you’ve gathered into the water.

LaBine suggested that before gathering rice, a poler should actually learn to rock the boat, letting them become more comfortable moving and keeping their knees bent.

He also said they should learn to keep the fork end of the pole in or near the water. Raising it would at best cause water to run up the pole and onto a poler’s hands, clothes and shoes. At worst, it could cause you to lose your balance and fall overboard or tip the canoe.

Between lessons and activities, attendees of the camp are treated to food that includes wild rice pudding and natural teas prepared by Karena Schmidt. Tea from rose hips, or ‘oginiiminagaawanzh’ in the Ojibwe language, is an excellent source of vitamin C and is a mild diuretic.

Cedar tea is also high in vitamin C and good for immune system strength, but can cause kidney and liver damage if brewed too strongly or drank too often.

Schmidt also created small booklets about different teas to help increase awareness and gratitude of the local plants uses and meaning to the native community.

Cedar, or giizhik in Ojibwe, is one of the Four Medicines and is thought of as a Grandmother, according to Schmidt’s booklet. Its parts are used for a variety of things. 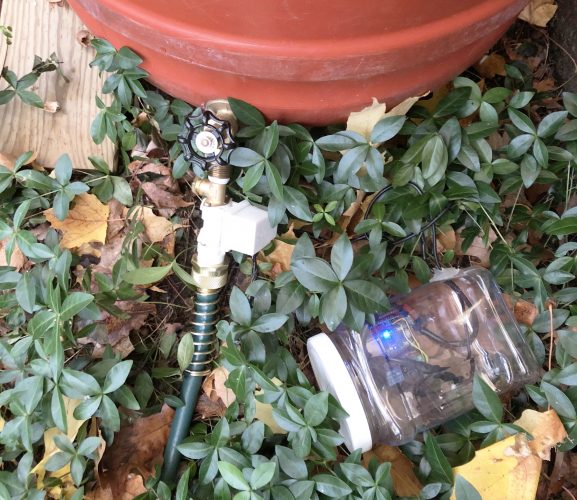 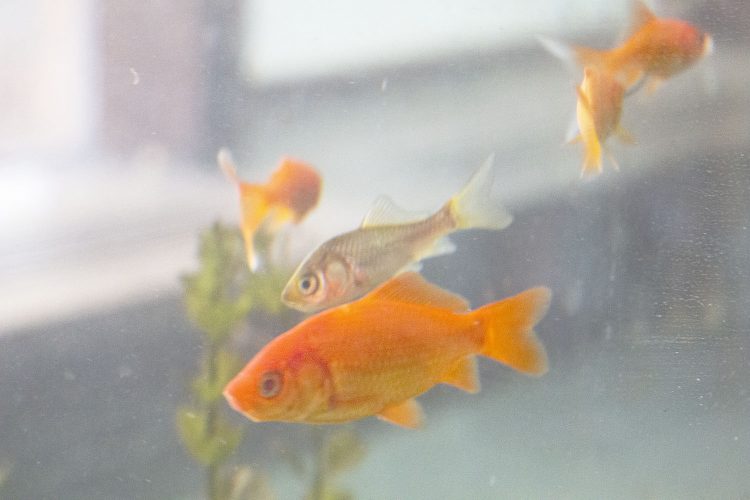