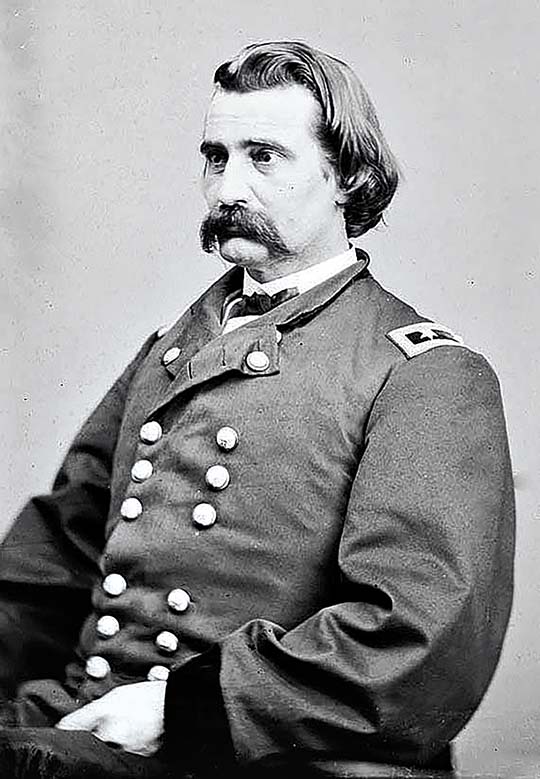 Army History Organization When the Civil War began, Ill. Democratic Representative Colonel John A. Logan was ardently pro-slavery, but he had very little firsthand knowledge of the institution. Just two years later, he returned to his southern Illinois district to campaign for the re-election of Republican President Abraham Lincoln.

War changes people. John Alexander Logan was among them.

Logan was born in the pro-slavery region of southwest Illinois, in Jackson County in 1826. Logan’s father, in fact, had owned slaves in Missouri, but had sold them before moving to Illinois. Like the rest of the region, Logan was an anti-abolitionist, Jacksonian Democrat, and a devout supporter of fugitive slave laws. Elected to the U.S. House of Representatives in 1858, Logan brought his southern sympathies to Washington. He was re-elected in 1860. However, when the Civil War broke out, Logan broke with his Southern Democrats; the Union must be preserved.

Logan volunteered for military service, fighting with the 2nd Michigan Volunteer Infantry at the First Battle of Bull Run (Battle of Manassas). When his enlistment expired, he returned to his home state, where he raised the 31st Illinois, becoming its colonel. Mustered into federal service, Logan served under Gen. Ulysses S. Grant, another Illinois Unionist, in the Western Theater of the war.

Logan led his regiment in the battles of Belmont, and Forts Henry and Donelson, was promoted to brigadier general, and assigned to command a brigade in the 17th Corps of the Army of the Tennessee. Promoted to major general a year later, Logan served with distinction during the Vicksburg, Mississippi campaign.

The year 1864 was an election year, and in the fall, Logan returned to his home district where he campaigned, not as a Democrat, but as a Republican for Abraham Lincoln. War changed something in Logan.

Logan had been an ardent supporter of radical Democrat Stephen A. Douglass, and like Douglass, Logan initially blamed abolitionists for the problems in America, and preached Lincoln as their “puppet.” Logan, however, had very little personal knowledge of slavery, or African Americans. That was until June, 1862, when Logan led the capture of the southern rail center at Jackson, Tennessee, according to P. Michael Jones, for the Southern on Dec. 2, 2012. It was there that Logan began to see with his own eyes the treatment of slaves in the south.

Logan distinguished himself under General William Sherman during the Atlanta Campaign, and through the Carolinas. The war ended, Logan commanded the Union Army of the Tennessee. In the first week of August, 1865, he returned to politics back home in Illinois. But he did not forget the things he had seen, either the plight of the slaves, or the deaths of the men he commanded.

When Logan returned to southern Illinois, he ran for the U.S. House again, but this time as a Republican. As a Representative, he was now an ardent advocate for African American Civil Rights. He also served as the second Commander of the veterans organization, the Grand Amy of the Republic (GAR). As commander, and house representative, Logan strengthened the GAR into a political lobby group, and used its strength, military influence, and his political power, to have a multi-regional ceremony for the decorating of soldiers’ graves once a year, observed on May 30. In 1971, the government expanded the holiday, renaming it Memorial Day, observed on the last Monday in May.