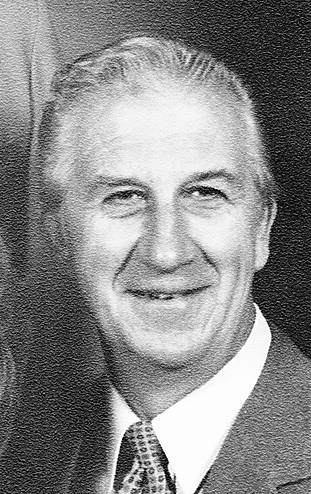 Don was born April 17, 1931, in Phillips, Wisconsin, a son of the late William and Esther (McMullen) Janovsky. During WWII, the family moved to Milwaukee, Wisconsin, where Don attended school and graduated from North Division High School in Milwaukee.

On May 16, 1959, he married the former Marliene Paananen in Milwaukee. The couple moved to the Copper Country in 1967.

Don was a self-employed paving contractor in Milwaukee, as well as locally, having paved hundreds of driveways in the area.

Don and Marliene wintered in Arizona for several years. Being with family was always Don’s love in life. He looked forward to his kids and grandchildren coming home for visits.

Early on, he participated in stock car racing and boxing. His interests included reading, classic cars, his Caddy and of course, the Green Bay Packers. After moving back to the U.P., he also took an interest in all the history that the area brings.

Besides his parents, Don was also preceded in death by a sister, Leone Merritt.

Funeral services for Don will be held in the spring with a date to be announced at a later time.

Memorials may be made to the South Range Apostolic Lutheran Church, P.O. Box 585, South Range, 49963, in the name of Donald Janovsky.

Arrangements are being handled by the Mountain View Mortuary, South Range.