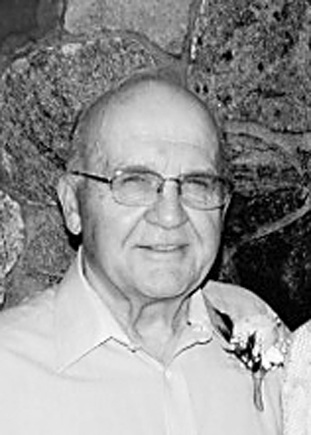 John was born to Edwin and Elizabeth (Mehner) Winquist on September 20, 1934, in Kearsarge.

He attended Calumet High School, graduating with the class of 1953. After high school John went to school at Michigan Tech for a few years.

He was a member of the First Apostolic Lutheran Church of Calumet.

John was united in marriage to Jean Westola on September 19, 1964, at the First Apostolic Lutheran Church on Pine Street.

John was working for Super Value when he got drafted into the Army during peace time. He served his two years and after being discharged he went to work in Milwaukee doing construction.

He then came back to Calumet and worked at C&H Foundry and as a driver for Columbia Laundry before moving down to Detroit. In Detroit, he worked at Michigan Testing and Soil Conservation Service as a surveyor and also in Sheboygan and Sandusky.

He then returned to Calumet, where he married Jean and worked as a surveyor for Universal Oil. After that, he went to Northern Michigan University in Marquette and finished his bachelor’s degree in teaching. He then went to work at the Calumet Public Schools for 25 years as a math teacher.

John was preceded in death by his parents, sister, Shirley (Jim) Peterson; and nephew, Jim Peterson.

Spring burial will take place at the Lake View Cemetery.

Online condolences may be left for the family at ericksoncrowleypeterson .com.

The Erickson Crowley Peterson Funeral Home in Calumet is assisting the family with arrangements.