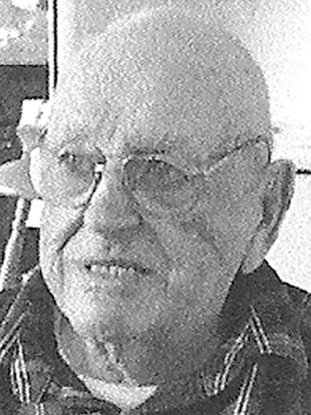 BOOTJACK – Reuben J. Rheault, 86, lifelong Bootjack farmer, passed away on February 18, 2017, at the home in which he was born and lived his entire life.

Reuben’s education began at the Sarazin School. Being born crippled, his transportation was a pony and buggy provided by the Thielman Lumber Co. During school hours, the pony was tended by William and Regina Sarazin. Reuben later attended St. Joseph Grade School and Lake Linden-Hubbell High School with the class of 1949.

In 1953, he bought his first set of farm equipment and launched his potato growing career, continuing 32 years until his health no longer allowed him to do so.

He co-owned Rheault Farms and Trucking with his son Dan, again stopping due to ill health.

Reuben was a founding father of the Bootjack Fire Department and served for over 40 years.

He was baptized in and was lifelong member of St. Joseph Church, where he was an usher for many years and a Eucharistic Minister.

He was preceded in death by a still-born son; son, Jim; grandson, Daniel Paul II; his parents, Albert and Olivine (Codere) Rheault; brothers, Raymond and Oliver; a son-in-law, Jan Strieter; one niece and one nephew.

Burial will be at the Mount Calvary Cemetery in Lake Linden.