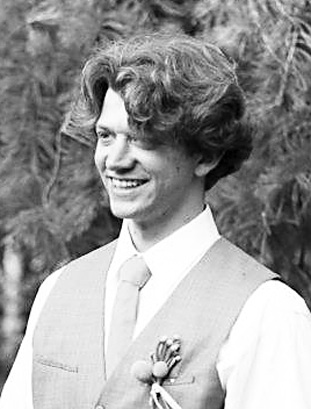 HANCOCK – Kenneth Ryan Clark, known to his family and his friends as “Ryan”, was pronounced dead on April 8th, 2017. He had been missing since January 13, 2017, and is survived by his parents, Kenneth and Marilyn; his sister, Jacqui; and his brother, Ben.

Ryan was born in Cleveland, Ohio, on June 19, 1983. He grew up in Brecksville, Ohio; Columbus, Indiana; and Crathorne, England, finishing high school at Yarm School in 2002.

After leaving Yarm School, Ryan returned to Indiana to study biochemistry at Purdue University, where he graduated with a Bachelor of Science in 2007. After college, Ryan worked as a sleep technician and lived and worked in Columbus, Ohio; Benton Harbor, Michigan; Washington D.C.; and Baltimore, Maryland.

In 2014, Ryan moved home to Hancock to help his mother following a surgery and had lived there ever since.

To his friends and family, Ryan is remembered for his big, genuine smile, his full-bodied laugh and quick wit. Family was deeply important to Ryan, and he was the favorite baby sitter for his younger cousins. Kind, generous and compassionate, even as a child, he divided his Halloween candy with his brother and sister who were not yet old enough to trick or treat. Ryan’s selfless character helped him form exceptionally loyal friendships in each of the many places he lived.

Ryan was also incredibly intellectually curious. He loved subjects as diverse as Chinese calligraphy, comic books, baseball trivia and action movies. He would often quiz his family and friends on these topics, sometimes to the point of consternation. He loved playing the violin, mandolin and piano and loved singing with the church choir.

Ryan’s legacy of warmth, humor, curiosity, generosity and compassion has enriched the lives of his family and friends. We hope Ryan’s memory will inspire those qualities in all who knew him.

In lieu of flowers or food, the family requests that donations be sent to The Keweenaw Community Foundation under the subject line “Ryan Clark”, or through the You Caring page here: youcaring.com/ kennethryanclark-755512