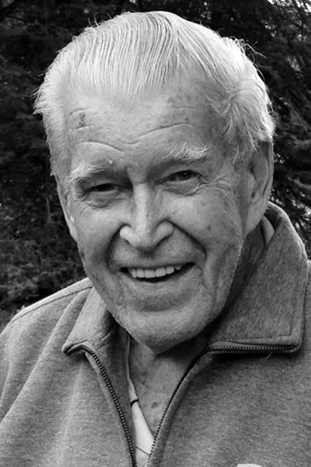 LIVONIA — Calvin E. Ojanen passed away peacefully at his home in Livonia, Saturday, May 4, 2019.

Born August 28, 1926, in Chassell, Calvin was proud of his Finnish heritage and growing up in the rugged upper peninsula of Michigan.

He served as an Army drill sergeant in WWII. Thanks to the GI bill, he completed his electrical engineering degree at MTU. Calvin married the love of his life, Ruth (Haarala), on June 16, 1951.

He enjoyed woodworking, deer hunting, walking at the mall and baking nisu and pasties. Calvin built their home, had a private pilot’s license, worked his entire career at Detroit Edison and lovingly cared for Ruth at home during her final five years.

Preceding him in death was his wife, Ruth; and nine older siblings.

To view Calvin’s notice or to leave condolences for the family, please visit memorialchapel.net

The Memorial Chapel and Plowe Funeral Home’s of Chassell have been assisting the family with the local arrangements.