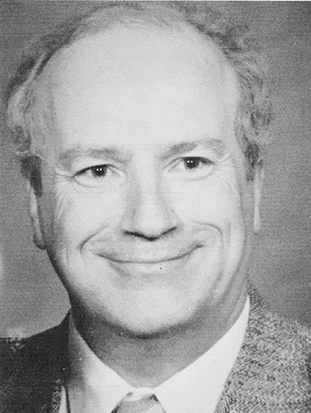 He was born September 5, 1943, in Burlington, Iowa, the son of Ory and Anna Mae Lowther. He was a graduate of the Burlington High School, Burlington Community College, and the University of Iowa, receiving an MS in mathematics and a Ph.D. in computer science.

John enjoyed a long career in teaching, with his first teaching position on the charter faculty of Southwest Minnesota State in Marshall, Minnesota.

He arrived at Michigan Tech in 1974 and taught computer science until his retirement in 2009 after a stroke. He served on a number of committees and was acting head of the Computer Science Department for a year. He saw the growth of the department and was always proud of the careers and accomplishments of his students.

Music was an important part of John’s life. He played the bassoon in the Southeast Iowa Symphony and the Keweenaw Symphony Orchestra. He sang with Michigan Tech Concert Choir and his church choir at Portage Lake United Church.

In retirement, John continued to connect with former colleagues by computer or attending seminars. He enjoyed concerts and was a fan of the Pep Band and Husky sports.

John married his high school classmate, Biruta Lacis, on September 11, 1966. He took great pleasure in planning and sponsoring a concert by Michigan Tech’s Visual and Performing Arts at the Rozsa Center to celebrate his 50th wedding anniversary in 2016.

A memorial service for John in planned in June.

The family wishes to thank the staff of the Houghton County Medical Care Facility for their excellent care and compassion.

In lieu of flowers, please consider a gift to the John Lowther Scholarship Fund at Michigan Tech University, or to Portage Lake United Church-Houghton, or a charity of your choice.

To view John’s obituary or to send condolences to the family, please visit memorialchapel.net.

The Memorial Chapel & Plowe Funeral Homes have been assisting the family with the arrangements.