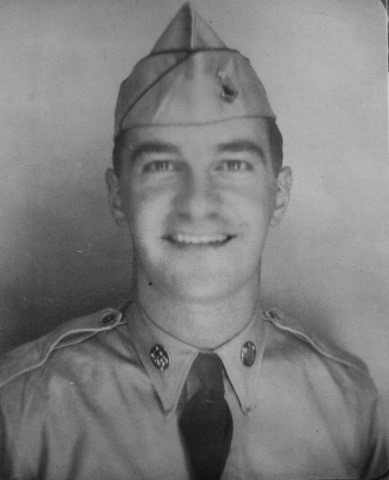 CHASSELL — Albert Lawrence Chaput, 90, of Chassell, passed away on September 5, 2019, at the DJ Jacobetti Home for Veteran’s in Marquette, where he had been a resident since this past May.

He was born February 26, 1929, in the family farmhouse in Chassell, the third son of Alphonse and Lottie (Vadnais) Chaput. After graduating from Houghton High School in 1947, he worked as a clerk-typist at the Bosch Brewery in Houghton.

On January 3, 1951, he was drafted into the US Army and served as a court reporter in Tokyo, Japan at General Douglass MacArthur’s (the Far East Allied Commander) headquarters.

After being honorably discharged, he resumed his position at Bosch and then ventured out to Milwaukee, Wisconsin, where he worked as Grain Analysis at Ladish Malting Co. and later Continental Grain Co. In the spring of 1963, he returned to Houghton and accepted an administrative position with the Bosch-Ruppe family in financial affairs. Albert attended the U.S. Brewers Academy in New York City and received a certificate in brewing. In the fall of 1965, the Bosch family sold their interest in the brewery to a group of investors and Albert joined the new organization, becoming its secretary, treasurer, and eventually President-General Manager staying on until the company closed operations in 1978.

Next, Albert embarked on two new ventures; forming a tax & accounting business and following his lifelong ambition of starting a raspberry and strawberry farm on his family land, where he offered summer youth employment to approximately 40 part-time employees. In conjunction with these activities, he helped establish the Douglass Senior Citizens Apartment complex in Houghton, retiring after 28 years of service at age 83. Albert was involved in numerous community activities, including the Chassell Historic Organization, the Chassell Lions Club, Chassell VFW, American Legion Post 186, Chassell Strawberry Association, Chassell Centennial Chorus, Copper Country Chorale, and St. Anne’s Catholic Church. His hobbies included gardening, dancing, skiing, snowmobiling, and singing. He took dance lessons at Arthur Murray Austrian School of Dance and was an active member of the International Folk and Round Dance Club.

Albert is survived by loving friends and his immediate family including his sister, Delores (Chaput) Destrampe and her children and their families; Michael (Debbie) Destrampe, Steven Destrampe (deceased), Ann Marie (Gary) Krajewski, and Vickie (Eric) Silberschmidt.

Albert will be remembered fondly for his kind and giving nature, his beautiful gardens, his colorful stories and joyful laughter. In lieu of other expressions of sympathy, memorial contributions may be made to the Chassell Historical Organization.

A Mass of Christian burial for Albert will be held 11 a.m. on Friday, September 13, 2019, at St. Anne’s Catholic Church of Chassell with Fr. Ben Hasse to officiate.

Burial will be in the Forest Hill Cemetery of Houghton.

The Memorial Chapel & Plowe Funeral Homes of Chassell have been assisting the family with the arrangements.

To view Albert’s obituary or to send condolences to the family please visit memorialchapel.net.