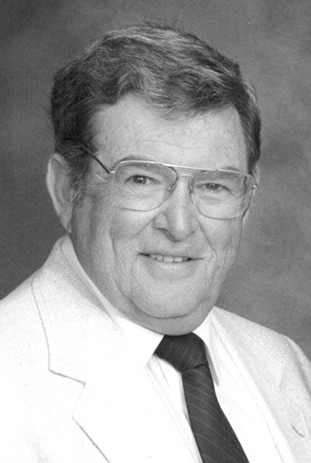 Born March 1, 1926, in Newberry, Michigan, Jack was a son of the late Harry and Lillian (Slabodkin) Bellack. He worked in his family’s general store in Newberry from an early age. Sadly, his mother passed away when he was seven and his father remarried his step-mother, Ida. He graduated from Newberry High School in 1943 and went on to graduate from Michigan Tech.

While attending college, Jack was called to serve his country in WWII in 1944. He served in the U.S. Army infantry from 1944 to 1946 in the European Theater. He fought in the Battle of the Bulge, where he sustained shrapnel injuries and frost bite injuries to his feet. Jack received two Purple Hearts for his brave service to the nation. Upon returning home, he continued his studies at Michigan Tech and graduated with a Bachelor’s of Science degree in Electrical Engineering in 1949.

While at college, he met and married the love of his life, the former Gloria “Mitzi” Kernanen on June 18, 1948. For most of his engineering career, he worked at the Cleveland Electric Illuminating Co. in Cleveland, Ohio and retired in 1987. He received his Master’s degree in engineering administration in 1963 from Case Western Reserve University.

Upon retirement, he and his wife, Mitzi, moved to North Carolina. They loved to travel and went on many cruises throughout the world and were also avid skiers. Jack was active in the IEEE, a professional engineering organization, where he served as chairman of the Cleveland section. Among other pleasures, Jack enjoyed golfing, bowling, skiing, playing bridge, reading and listening to classical music.

He was preceded in death by his parents; daughter, Andrea Kinney; brothers, Ervin and Simon Bellack and sister, Esther Bellack.

Military honors will be accorded at the church.

Interment will be held at a later date in his family plot in Elo, Michigan.