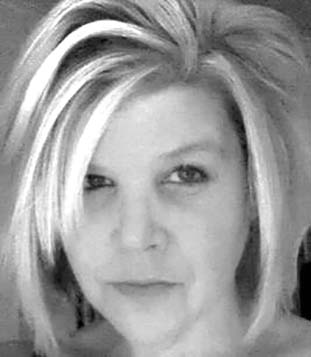 HANCOCK — Shelly B. Sivonen, 50, a resident of Hancock, passed away on her father’s and brother’s birthday, on Tuesday, October 15, 2019, at her home, following a lengthy illness.

She was born on December 6, 1968, in Hancock, a daughter of David Sivonen and Gail (Niemi) Jordon. Shelly was raised in South Range and Houghton and was a graduate of the Houghton High School with the Class of 1986.

Shelly had worked for the Houghton County Sheriff’s Department and at the Work Camp before returning to college, graduating Valedictorian from Soumi College with a degree in Human Services. She then began a career working as a Supervisor for Copper Country Mental Health, where she had worked until this past April, when her health problems no longer allowed her to work.

Shelly’s sense of humor touched everyone she met, she enjoyed golfing in the women’s league at the Calumet Golf Course, cooking, baking and spending time with her family. She loved to watch the Wizard of Oz and was an avid Minnesota Vikings fan.

She is survived by her son, Cody (Abbie Beauchamp and her son Matthew) Sivonen of Lake Linden; her parents, David Sivonen of Painesdale and Gail (Gary) Jordon of Atlantic Mine; her brother, Cory (Laurie Wareham and her daughter Alyssa) Sivonen of Trimountain; her niece, Danielle (Brian Graham) Short and her daughter MacKenzie; her special friends, Tammy Monette and Clint Kyro; numerous aunts, uncles, cousins and many friends; and her cats which she dearly loved Samson and Nikki.

A prayer service for Shelly will be held 2 p.m. on Sunday, October 20, 2019, at the Memorial Chapel Funeral Home of Hancock with Fr. Corbin Eddy to lead.

Friends may call on Sunday, October 20, 2019, from 12 p.m. until time of services at the Memorial Chapel Funeral Home of Hancock.