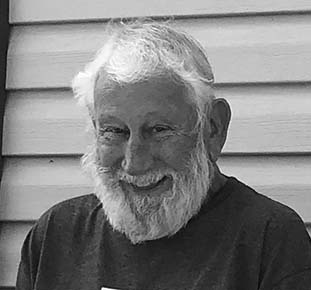 Don was born August 16, 1938 in Corning, New York, to Robert and Mildred (Bozick) Whitehead, and attended school in Alfred, New York where he graduated in 1959. Don began his career in retail management with S.S. Kresge, followed by Kmart Corporation and eventually retired from Pamida. Upon retirement, he and his wife, Joan, moved to Atlantic Mine. Don and Joan were married in 1959 at St. Brendan’s Catholic Church in Almond, New York.

Don enjoyed a lifetime of outdoor activities and photography. He was also an avid tennis player. He enjoyed spending time with family at the Farm and watching the birds and wildlife that surrounded their home.

He was preceded in death by his parents; a daughter, Colette Whitehead; and a son, Robert Whitehead.

Honoring Donald’s wishes, private family services will be held at a later date.

In lieu of flowers, donations may be made in his name to the Upper Peninsula Animal Welfare Shelter (UPAWS) at upaws.org. Mr. Whitehead’s memorial page may be viewed at koskeyfuneralhome.com, where memories and condolences may be shared.