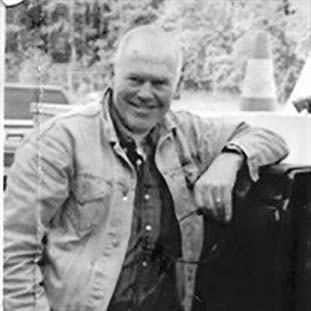 IRON MOUNTAIN — James Robert White, 69, of Niagara, Wisconsin, passed away on Wednesday, October 30, 2019, at the Oscar G. Johnson V.A. Medical Center in Iron Mountain after a long battle with cancer.

James was born on July 19, 1950, in Calumet, the son of the late Weldon and Genevieve White.

James graduated from Calumet High School, Class of 1968, and went on to join the US Navy during the Vietnam War. On April 29, 1972, he married the love of his life, Gloria Limback, in Calumet, and they spent the next 47 years together.

After the navy, James went on to work at the Parkside Restaurant and Bakery and then a chef at many restaurants. He became a manager at the Big Boy Restaurants in Houghton, Ironwood, then Iron Mountain. In 1975, James opened his own restaurant in Niagara, named Jim’s Restaurant located by the papermill; he later bought the old Maryhill Manor and turned that into his restaurant, where his wife and children worked for many years. He owned the restaurant for 30+ years until selling it to his son, Bobby, at which point he retired and enjoyed time with family, doing woodwork and odd jobs.

James was an avid hunter and fisherman for many years. He made many trips to Wyoming, Colorado and Alaska with family and friends. He owned a charter fishing company for many years in Marinette, Wisconsin, and later in Oconto, Wisconsin, with his family. His family was his top priority and enjoyed spending time with them traveling, camping, fishing, hunting and teaching his kids everything he knows.

He was preceded in death by his father, Weldon White; mother, Genevieve White; brother, Danny; and sister, Jeanine.

A celebration of life will be held at 2 p.m. on Saturday, November 9, 2019, at Bob’s Country Bar located at N22408 County Road O in Niagara, WI. Condolences may be expressed to the family of James Robert White online at ernashfuneralhomes.com. The family has entrusted the Erickson-Rochon and Nash Funeral Home of Iron Mountain with the arrangements.