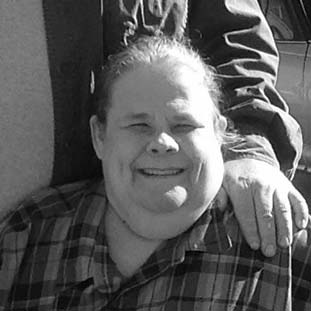 She was born March 23, 1952, in Hancock, daughter of Bruce and Shirley (Walitalo) Kemppainen.

Mary graduated from Thurston High School in Redford in 1970. She furthered her studies at NMU and MTU.

Mary married Donald Takala on August 30, 1975, at the Finnish Center in Farmington Hills. They resided in Keweenaw Bays since 1983. She worked in food service and then in Chem Stores as a stores clerk at MTU, retiring after 30 years.

In her youth, she was very active in sports, being the pitcher for Redford Stingers when they won the Women’s Slow Pitch Class A Nationals in 1973 and was also active in synchronized swimming in school.

After retirement she enjoyed making cards and sent cards out on a daily basis, Mary was the glue that held the cousins and relatives together and will be sorely missed.

Every Sunday watched her Lions play football. Every game she watched, they lost, so you know she watched a lot of them. Later recording them so they had a chance.

Preceding her in death are her parents, Bruce and Shirley; and sister, Pam Smith.

A memorial service will be held in the spring/summer after all of this virus craziness is over.

Burial will be in the Pelkie Cemetery. The Jacobson Funeral Home is in charge of arrangements.