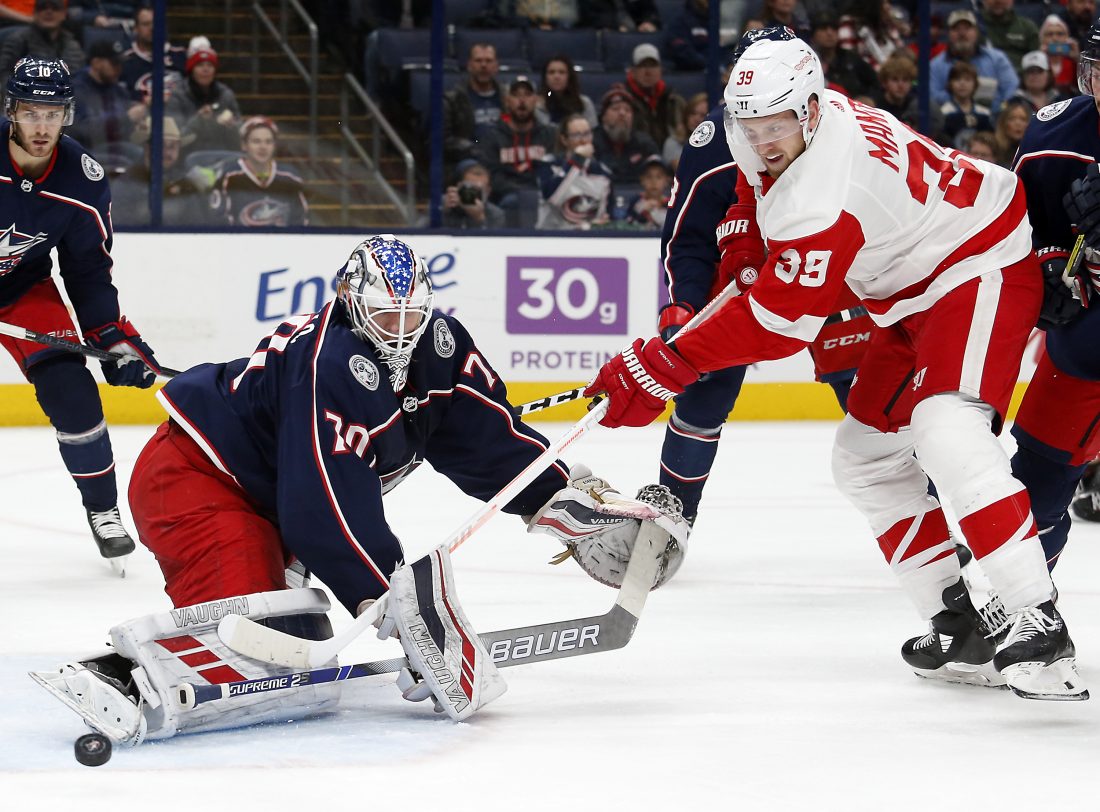 COLUMBUS, Ohio (AP) — Boone Jenner, alone in the right corner, collected a long pass from Oliver Bjorkstrand from just below the blue line and snapped off the prettiest shot of the night during a third-period rally Thursday night.

Jenner’s snipe under the bar past Jimmy Howard came 63 seconds after Bjorkstrand’s tying power-play goal. The teams traded goals later in the period, but the Jackets held on for a 5-4 victory and a season-high three-game winning streak.

“We knew we put a lot of good minutes in for the most part in those first two periods, we just needed to stick with it and raise our level in third, and we did that,” Jenner said.

Tyler Bertuzzi had two goals, and Filip Hronek and Luke Glendening also scored for Detroit, which has lost four straight. Howard made 32 saves.

“It’s frustrating,” said Howard, whose record dropped to 2-9-1. “You score four goals, you expect to win in this game. I’ve got to make more saves for the guys.”

Detroit, hampered by multiple injuries, came in tied with the Los Angeles Kings with the lowest point total in the NHL (17).

Texier got the Blue Jackets on the board 5:37 into the first when he batted his own rebound from in front. Bertuzzi tied it later in the first when he rifled a slap shot from the top of the right circle past a partially screened Korpisalo.

Hronek tied it later in the second when his shot went in off the leg of Jones, who had sprawled trying to block it in front of Korpisalo. Forty-four seconds later, Glendening put the Red Wings ahead 3-2 with a short-handed goal on an odd-man breakaway after the Blue Jackets turned over the puck at the blue line.

After the three-goal third period by Columbus, Bertuzzi got a late goal after Detroit pulled the goalie to create a 6-on-5 situation but couldn’t get any more.

“Going into the third (and) you have a lead, you’ve got to find ways to win those games,” Detroit coach Jeff Blashill said.

Blue Jackets captain Nick Foligno said he could tell it was going to be a big third period.

“I thought from the first shift, that first line that went out there, we got it right in their end, started cycling and kind of carried our game through the rest of the third period,” he said. “Some huge goals, big moments. Great to see.”

The Red Wings are at New Jersey on Saturday night. The Blue Jackets host Ottawa on Monday.

NOTES: Foligno returned from a three-game suspension for elbowing Colorado forward Pierre-Edouard Bellemare on Nov. 9. F Riley Nash was scratched to make room. … Detroit D Mike Green did not play after being injured against the Ottawa Senators on Tuesday. F Darren Helm (lower body) also was an injury scratch. … Bertuzzi has eight points in seven games. … Robby Fabbri has eight points in seven games since being traded to the Red Wings by the St. Louis Blues on Nov. 8. 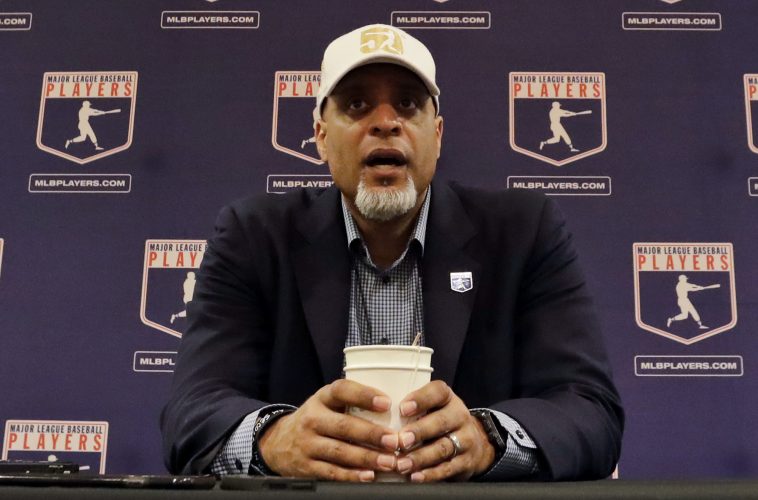